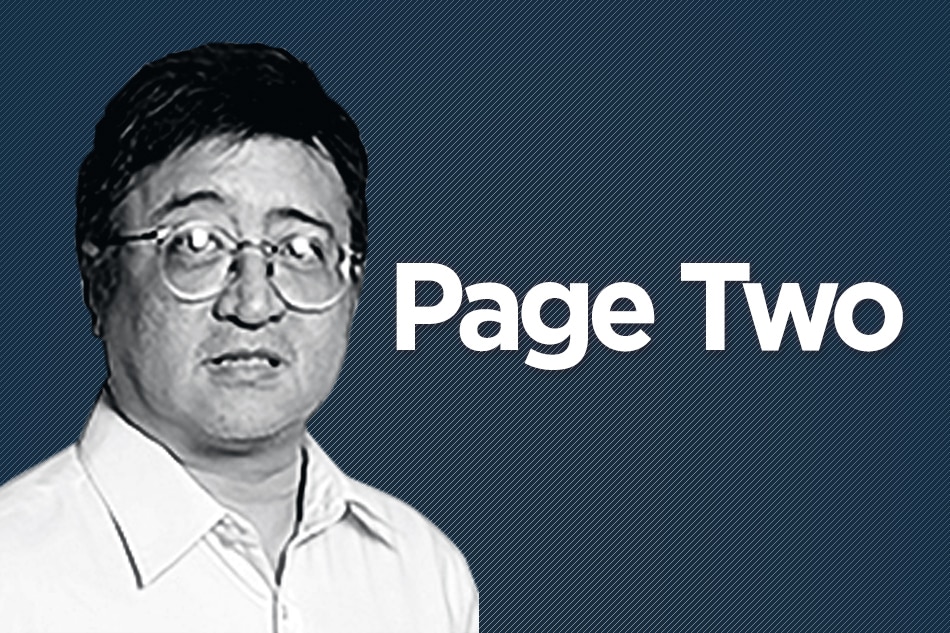 Rising from the rubble of an economy plundered and bankrupted after two decades of corruption and crony capitalism, the government of Corazon C. Aquino, while enjoying unprecedented popularity after restoring democracy, faced a myriad of challenges. In 1986, one of them was the corrupt Bataan Nuclear Power Plant (BNPP).

The BNPP never worked. In 1976, when it was built, the Philippine GDP was $17 billion against a fiscal budget of $1.5 billion. Governing by decree, Ferdinand Marcos nevertheless decided to borrow. Half a century later, accounting for over 10% of our external debt, BNPP’s $2.3 billion 621 megawatt reactor has become the country’s biggest debt drain and would take over thirty years to pay off. That didn’t include the court costs and the huge amounts to just keep him under wraps.

In 2012, the Sandiganbayan ruled that a crony of Marcos “received $50 million (2.5 billion pesos) in commissions from Westinghouse and exercised improper influence in the awarding of the Bataan contract.” This decision was later upheld by the Supreme Court. in 2021 when she ordered the reimbursement of damages.

Reminiscent of another rotting corpse, preserved to look alive to attract gawking tourists for the morbidly curious from the darkest decades of our history, since mothballing the BNPP has been largely preserved as a curio . Sadly, like a display of 2,700 shoes depicting shameful extravagance, it’s an expensive tourist destination that elicits both disgust and embarrassment. Since 2007, the BNPP has cost us over 43.2 million pesos a year just to keep the body of the crime alive.

Faced with the prospect of an archipelago of 112 million glowworms, understanding the obsession with resurrecting a Marcos-era corpse and the insistent peddling of outgoing officials to spread small modular reactors across the islands, allows us to frame the discussion within a polyhedral thought composed of historical events.

All occurred in first world economies known for their high level of technology in the field of advanced nuclear science. They were by no means banana republics.

The first is the 1979 nuclear meltdown at Three Mile Island in Pennsylvania, USA. Caused by a combination of equipment failure and operator error, it was the most serious of fifty-six nuclear accidents in the United States. On a seven-point nuclear event scale, it was rated in category five.

The cleanup period had lasted more than 14 years. Meanwhile, in the space of five years, another 150 nuclear power plants have operated below safe limits. Since 2001, there have also been more than 4,000 safety compliance inspection findings, with 75% of all US nuclear power plants under heightened scrutiny.

The most apocalyptic event was the Category 7 explosion and core meltdown at the Chernobyl nuclear power plant in Ukraine in 1986. Due to operator negligence and design flaws, a nuclear chain reaction caused several explosions that destroyed the reactor building and released deadly airborne radioactive contamination that rushed over the USSR and large parts of Western Europe. Radiation-induced cancer continued to kill more than a decade later, and incidents of childhood cancer continued to be documented until 2011.

The radioactive material released was 400 times greater than that of Hiroshima and Nagasaki combined. Post-mortem studies’ predict 4,000 deaths when assessing the three most contaminated former Soviet states. “These climb to 9,000 to 16,000 when assessing the whole of Europe as radioactive contamination reached Belarus, the Netherlands and Sweden. , Finland, Austria, Norway, Greece and Belgium. Add northern England, Italy, Moldova, Switzerland, Bulgaria and Slovenia.

To reduce the continued spread of radioactive contamination, a giant sarcophagus was built around the plant. Unfortunately, even the sarcophagus continued to deteriorate and a larger one was built over it. Cleanup continues and is expected to be completed in 2065.

The third event is also a category seven nuclear accident. The 2011 Fukushima nuclear disaster was caused by two natural events. An earthquake triggered the plant’s automatic shutdown, and a resulting tsunami caused its backup generators to fail. This led to the loss of power to the pumps that cooled the reactor core. These led to three cave-ins, three explosions and the release of radioactive contamination.

Note the worrisome commonalities. The BNPP is in a seismic zone on top of an active volcano with two other volcanoes nearby. It is part of the Bataan Volcanic Arc.

The question of whether to spread nuclear weapons on the islands or revive the BNPP cannot simply be relegated to nebulous, ill-defined fuel-neutral energy policies that cloud the Department of Energy’s failures to provide a capability adequate base load. Beyond a desire to distort political history and sanitize the stench of a legacy of corruption, there is also the question of an inflexible and inelastic nuclear energy given the very large intra-day spread fluctuating between demand and supply.

Our recent and unfortunate experience with machines we don’t understand and over which we have little control requires great caution. More so where the rest of the planet is phasing out this potentially doomsday option. This time we could lose more than our fragile democracy.

(Dean dela Paz is a former investment banker and CEO of a New Jersey-based power company operating in the Philippines. He is chairman of the board of a renewable energy company and is a professor at the Business Policy, Finance and Mathematics Retreat. )

Disclaimer: The opinions expressed in this blog are those of the blogger and do not necessarily reflect the opinions of ABS-CBN Corp.

IAEA says field verification is back above pre-pandemic levels: Regulatory and safety