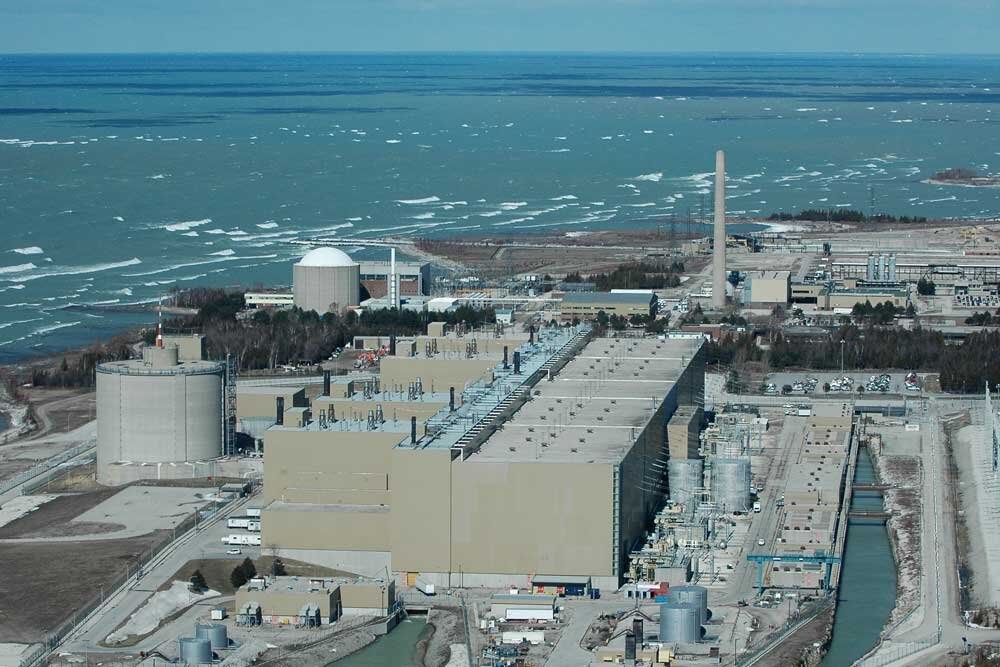 Opposition to nuclear power to curb gas emissions is increasing

A group of US nuclear non-proliferation experts warns the Canadian government that its investment to launch a small nuclear reactor program could reignite an arms race and threaten the environment.

In an open letter sent to Prime Minister Justin Trudeau this week, experts wrote that they understood the government’s motivation to support nuclear power and reduce the use of fossil fuels, “but saving the world from disaster climate must not conflict with saving it from nuclear weapons. “

The warning comes after New Brunswick start-up Moltex Clean Energy received $ 50.5 million from the Government of Canada to advance plans for a small modular nuclear reactor (RMS) – reactors that deliver 300 megawatts or less – which would double as a reprocessing of spent fuel. establishment. (Spent fuel is the fuel bundles that can no longer support fission in a nuclear reactor.)

Frank H. von Hippel, senior research physicist and professor of public and international affairs at Princeton University, told Glacier Media that the government’s decision to support SMR goes against its commitments to non-proliferation.

These commitments date back to the 1970s, when a joint nuclear technology agreement between Canada, the United States and India inadvertently revived the subcontinent’s nuclear weapons program.

The problem, said von Hippel, is that other countries will see Canada reprocessing used nuclear fuel and see the green light there to follow suit. This could lay the groundwork for a new nuclear arms race.

â€œPeople have forgotten after all these years,â€ said von Hippel, pointing to similar projects underway in the United States. “For these two countries, dismantling it for no reason would be really heartbreaking.”

In their letter, the US experts refute Moltex’s claim that removing plutonium and other elements from spent nuclear fuel â€œreduces the long-term riskâ€ of burying radioactive material deep underground.

â€œThis claim has been repeatedly discredited,â€ they write, adding that radioisotopes with a half-life of 17 million years, like iodine-129, would remain in radioactive waste â€œif they were not ‘were not released to the environment during reprocessing’.

In an email to Glacier Media, a spokesperson for Moltex Clean Energy said the company was “open and transparent” and would take expert advice on safeguards and safety seriously as it was preparing to test and deploy its nuclear reactor.

â€œWe do not agree that Canada should be pushed in a certain direction by foreign countries or foreign individuals,â€ the spokesperson wrote. â€œThe current proposals comply with all international protocols. It is up to each country to evaluate civil reprocessing and to continue it if it wishes, provided that it is placed under the supervision of the International Atomic Energy Agency (IAEA). “

The spokesperson added that anti-proliferation experts are not aware of the company’s WAste To Stable Salt process as few details have been released. â€œIt was designed without the ability to produce military grade material,â€ she wrote.

This process would convert the high-level radioactive waste into carbon-free energy instead of throwing it into the ground, the spokesperson said.

Ultimately, she noted, if the Canadian Nuclear Safety Commission â€œagrees that it is safe and grants us a license, we will provide a means of dramatically reducing the volume and radioactivity of high-level nuclear waste. activity in Canada. We will also help mitigate the effects of climate change and support the transition to net zero by generating low-cost, emission-free energy. “

THE RISE OF SMALL NUCLEAR REACTORS

Von Hippel, who also worked as director of US National Security Assistance under the Clinton administration, said he was born out of two waves of industry lobbying for a nuclear renaissance. The first, from people looking to increase sales for companies that build reactors for submarines and aircraft carriers; the second, from companies like Moltex, which have promised to solve the problem of removing plutonium from governments.

In Canada, about 15% of the country’s electricity comes from nuclear power. It’s about 14 percent decline since its peak in 1993.

When Ontario’s Bruce and Darlington nuclear power plants put forward proposals to extend the life of several of their traditional reactors, the price was $ 26 billion. In the meantime, plans to build several new reactors in Ontario, New Brunswick and Alberta have been postponed or lapsed.

â€œThe R&D community looked around and said, ‘The reactors currently available for sale are not selling,’ said von Hippel.

At the current rate of closure, the world would lose almost a quarter of its nuclear power by 2040, according to the International Energy Agency (IEA). Most of these shutdowns are planned in the G-20 countries, where impressive up-front costs are largely swallowed by countries like China and India that are desperate to increase their energy capacity and reduce air pollution.

In countries like Canada and the United States, these prohibitive upfront costs have prompted the industry to launch small reactors, von Hippel said.

As MV Ramana, nuclear energy expert and professor in the School of Public Policy at the University of British Columbia, said: â€œThis is the only type of nuclear reactor that could be built. They will have no hope in hell in building a bigger reactor.

IS NUCLEAR AN ESSENTIAL INGREDIENT IN FIGHTING CLIMATE CHANGE?

When the government ad he would support Moltex’s plan, said Minister of Innovation, Science and Industry, FranÃ§ois-Philippe Champagne, that the small nuclear reactor “will play an essential role in the fight against climate change and will stimulate stabilization economic post-pandemic.

It’s a vision that connects with some of the world’s most influential voices on energy.

Earlier this month, the International Energy Agency released the landmark report Net zero by 2050, which paved the way for a net carbon-free future.

According to the report, within 30 years, most of the world’s energy would have to come from renewable sources like wind and solar if the planet had any hope of avoiding a warming of 1.5 degrees Celsius – the threshold according to scientists would lead to an irreversible change in the world’s climate.

But the agency, which has advised governments around the world since its inception in the aftermath of the 1973 oil crisis, also said nuclear power would play an important role, nearly doubling its power output between 2020 and 2050.

This kind of thinking led Alberta to join Ontario, New Brunswick and Saskatchewan as signatories of a MOU on SMRs in April.

â€œAlberta has always been committed to providing clean, affordable energy,â€ said Alberta Prime Minister Jason Kenney in a statement written at the time. â€œSmall modular reactors are an exciting new technology that could be used in the future to significantly reduce greenhouse gas emissions, for example by generating electricity for Canadian oil sands producers.

Not everyone agrees with Kenney’s vision for a nuclear future.

“There are claims that they are going to power these SMRs to power oil sands mining,” said Ramana, the nuclear energy expert at UBC.

“It’s just a way to kind of whitewash what they’re doing in the oil sands.”

Ramana said the rise of nuclear power does not make sense as a viable way to cut emissions. The IEA’s predictions on the future cost of energy, he said, have failed before.

â€œIn the early years of the nuclear age, energy was expected to decline in the future,â€ he said. “It has become clear that the cost (of nuclear electricity) is going to be high.”

It is not just the rising unit energy cost of nuclear power that worries experts like Ramana.

Planning, approving and building a nuclear power plant can take decades; a small nuclear reactor proposed for Idaho in 2003 is not expected to be commissioned until at least 2030.

Simply put, critics say, tackling the worst effects of climate change cannot wait that long â€šand that doesn’t even take into account the ecological and human fallout if a fire or earthquake hits a nuclear facility.

â€œA nuclear reactor is just a very complicated way to boil water,â€ Ramana said. â€œSolar and wind simply make a lot of sense. Economically, this is the most justifiable thing. “

Stefan LabbÃ© is a journalist specializing in solutions. That means it explains how people are responding to issues related to climate change – from housing to energy and everywhere in between. Do you have a story idea? Get in touch. Send an email to [email protected]