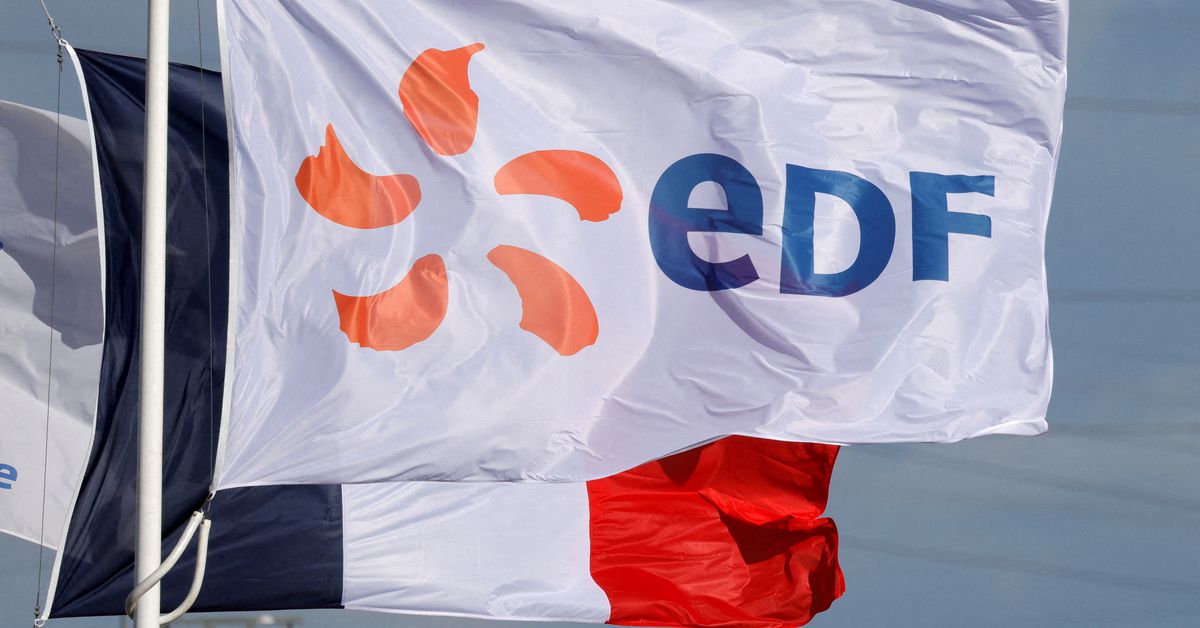 A flag with the logo of the company Electricite de France (EDF) and a French flag flies next to the EDF power plant in Bouchain, near Valenciennes, France, September 29, 2021. REUTERS/Pascal Rossignol/File Photo

PARIS, Feb 11 (Reuters) – France’s Bugey 3 nuclear reactor is expected to be operational again on February 16 after being taken offline following the detection of an overheating connection to a high-voltage line in a non-nuclear part of installation, said the electricity group EDF (EDF.PA).

The 900 megawatt (MW) reactor in eastern France, which was taken out of service on Thursday evening, was previously due to restart on Friday. Statutory shutdowns can sometimes last several days longer than the originally scheduled restart date.

The service team was mobilized for repairs to get the reactor back into service as soon as possible, EDF said, adding that the disruption did not affect the safety of the plant.

France depends on nuclear power for about 75% of its production. Currently, approximately 75.8% of installed capacity is available, with approximately 15.1 gigawatts (GW) now offline due to corrosion assessment, maintenance or other issues.

The shutdown date for the 1.5 GW Chooz 1 reactor has also been extended to the end of this year from the scheduled restart date of February 11. Chooz 1 was taken offline in December after corrosion was detected in some pipes at the plant.

An extension of the Chooz 1 outage was already taken into account in the revised winter outlook of the network operator RTE.

An EDF spokesman told Reuters that as part of a program to address the issue, checks would be carried out on all EDF reactors. They should be offline for checks, but it could be done at the same time as other planned maintenance outages, limiting the impact, the spokesperson said.