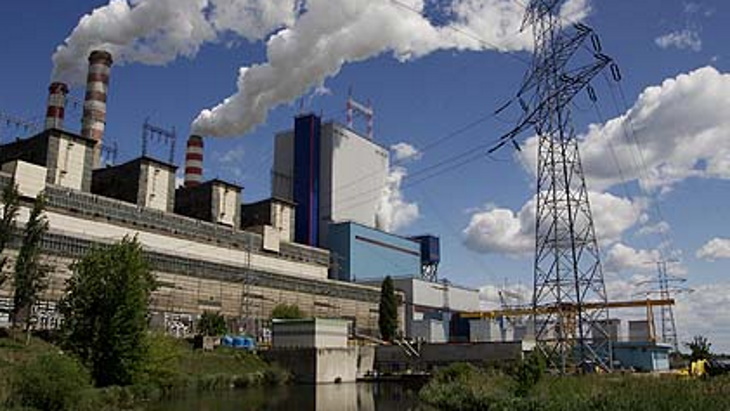 Partners to study the deployment of SMR in a Polish coal-fired power plant: New Nuclear

Polish chemical group Synthos and energy group ZE PAK have signed an investment agreement to explore the construction of four to six BWRX-300 Small Modular Reactors (SMRs) at the site of ZE PAK’s coal-fired power plant in PÄ…tnÃ³w, in eastern Poland. Synthos, which owns the exclusive rights in the country for GE Hitachi Nuclear Energy (GEH) small nuclear reactors, will participate in the project as an investor and technology supplier.

Under the terms of the agreement, the companies intend to cooperate by creating a joint venture to carry out activities in the field of nuclear energy, in particular the construction of power generation units based on the BWRX-300 reactor of GEH, or “other best American SMR technologies”. The planned investment in the SMR units will be located at the site of the PÄ…tnÃ³w plant, which has been producing electricity from lignite from a nearby open pit mine for several decades. Last year, ZE PAK announced its exit from coal-fired power generation by 2030.

â€œFor several years now, I have been betting on clean, zero carbon energy,â€ Solorz said. â€œSolar, wind, hydrogen and nuclear energy are the most important sources of energy in which we invest. it … Investing in atoms is a huge opportunity for Poland, its inhabitants and its businesses to access clean and cheap energy. Poland needs diverse and environmentally friendly sources of electricity and heat for all consumers, individuals and businesses.

He added: â€œPoland is the manufacturing center of Europe, which needs stable and emission-free sources of energy. If we are to continue to develop at a rapid pace and become a richer society, and attract more foreign investment to us, we must have access to energy at an attractive price.

ZE PAK CEO Piotr WoÅºny noted that the PÄ…tnÃ³w site is also listed as a potential site for large nuclear reactors in the government’s Polish nuclear power program. “Our plans do not compete with those of the state,” he said. â€œSMRs will not replace large-scale state power generation, but they can be an excellent complement to it and gradually replace some of the electricity produced from fossil fuels, and in the near future they will can help compensate for the lack of available capacity in the power system, resulting from the decommissioning of subsequent coal-fired units and increasing demand for electricity. “

GEH said: â€œWe applaud this announcement and fully support the vision of replacing coal with carbon-free nuclear generation. We agree that the BWRX-300 Small Modular Reactor is ideally suited for this application and look forward to expanding our partnership with Synthos Green. Energy to help Poland achieve its decarbonisation targets. “

In June, Synthos and petrochemical company PKN Orlen agreed to cooperate on micromodular reactors and SMRs. Under an agreement, the two companies will jointly conduct research and explore the feasibility of deploying such reactors at the production plants of Orlen in Poland.

In 2019, Synthos Green Energy – part of the Synthos group – signed a cooperation agreement with GEH for the construction of the BWRX-300 reactor in Poland. The BWRX-300 is a 300 MWe water-cooled natural circulation SMR with passive safety systems, based on GEH’s economical 1520 MWe simplified boiling water reactor design under US license. In October of last year, Synthos started a regulatory dialogue with the Polish National Atomic Energy Agency on the possibility of building the BWRX-300 in Poland, with the support of the American company Exelon Generation, GEH and Finnish companies Fortum Power and Heat Oy.

Synthos announced in December 2020 the completion of a deployment feasibility study for the implementation of a fleet of SMR GEH BWRX-300 in Poland. The study, which was prepared by Exelon, covers the analysis of key aspects of the implementation of SMR technology, including cost issues, personnel policy, regulatory and safety issues, models construction and operational issues.

In November 2020, Synthos also signed a cooperation agreement with Ultra Safe Nuclear Corporation (USNC), which is developing the High Temperature Gas-Cooled Micro Modular Reactor, or MMR. USNC and Synthos have jointly applied to the Polish Ministry of Development for funding from the IPCEI (Important Projects of Common European Interest) mechanism for projects within the framework of the hydrogen technologies and systems value chain. The objective of the joint project is the development of an economically efficient, zero emission, high temperature source of heat and electricity for the production of hydrogen on an industrial scale.

Opinion: investing in more nuclear power cannot be our solution to climate change