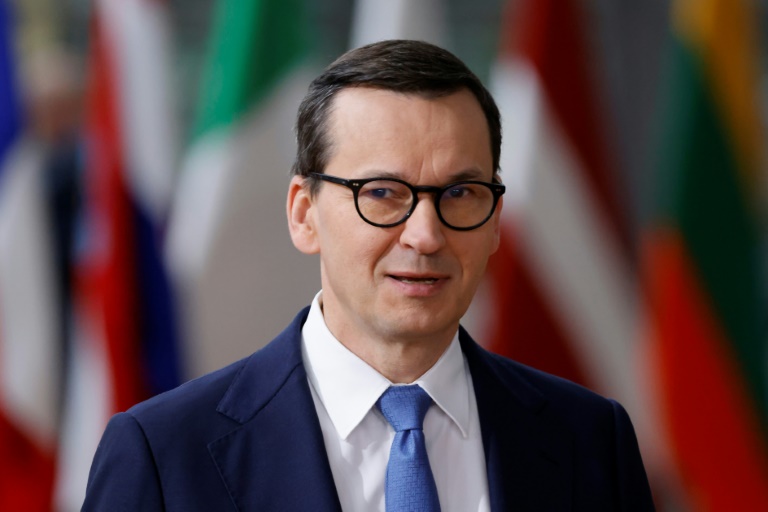 Poland chose US firm Westinghouse on Friday to build its first nuclear power plant, as the country tries to bolster its energy security at a time of rising tensions with Russia over Ukraine.

Westinghouse beat out competing bids from France’s EDF and South Korea’s KHNP for the multi-billion dollar (euro) deal, although Poland has considered the possibility of further nuclear tenders in the future.

“We confirm that our nuclear energy project will use reliable and safe technology from @WECNuclear,” Prime Minister Mateusz Morawiecki wrote on Twitter.

Morawiecki said the decision would be formally adopted at a cabinet meeting in Warsaw on Wednesday.

US Energy Secretary Jennifer Granholm welcomed Poland’s announcement, tweeting, “This is a huge step in strengthening our relationship with Poland for future generations.

“I think this sends a clear message to Russia that the Atlantic Alliance is united in diversifying our energy supply…and in resisting Russia’s militarization of energy,” she said in a statement. video.

Granholm said Poland chose Westinghouse “for the first part of its $40 billion nuclear project,” without specifying the amount of the investment.

A senior US government official speaking on condition of anonymity only said the deal was valued at “billions” and would create “thousands of well-paying jobs”.

“It’s a big deal because it’s not just about a commercial energy project, it’s about how we’ll define what I would call interdependent security for decades to come,” said the responsible.

The decision “sends an unequivocal message to (Russian President Vladimir) Putin about the strength and network of the US-Polish alliance,” the official added.

And US Secretary of State Antony Blinken said in a tweet that he was “very pleased” with the deal to “help produce safe, clean and reliable nuclear energy”.

“The United States is proud to be Poland’s strong energy and security partner,” Blinken tweeted.

Poland has been planning for a civilian nuclear power capability for years, but the issue of energy security has taken on added urgency due to Russia’s invasion of Ukraine.

Denmark, Norway and Poland unveiled a new pipeline last month that will transport Norwegian gas to Poland via Denmark after Russia cut off supplies from Warsaw.

The Polish government has said it wants its first nuclear power plant to be commissioned in 2033.

She chose the village of Choczewo near the Baltic coast as the site for the factory.

The first plant is expected to have three reactors and the government has said it plans to select a supplier to build three more reactors in the future.

“The second set (of 3 reactors) will arrive at a date to be determined subject to a decision by the Polish government and we expect this will also be Westinghouse,” the US official said.