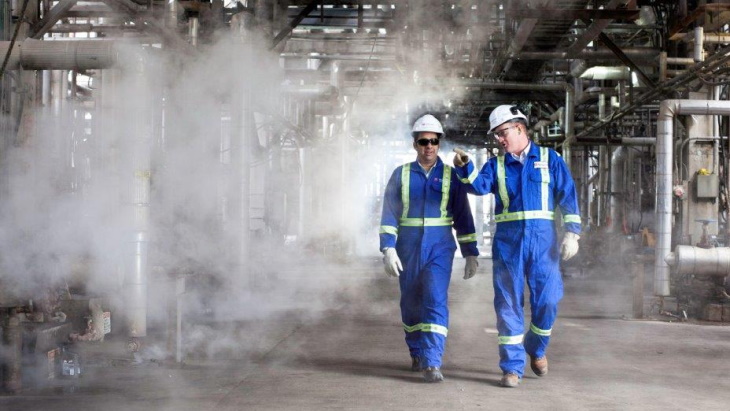 Governments must invest in and remove barriers to the deployment of emerging and existing technologies if the world is to move to net zero by mid-century – including legislative changes to allow countries that currently ban the use of energy nuclear to consider using it as part of their energy mix, according to a new report from Princeton University and Worley.

The report calls for a new approach to infrastructure (Image: Worley)

From Ambition to Reality 2: Measuring Change in the Race to Net Zero is the second in a series from the Andlinger Center for Energy and Environment at Princeton University and the Australia-based global engineering solutions company. The report examines in detail the five key “changes” in infrastructure provision needed to achieve net zero by mid-century that were outlined in the collaboration’s first document: expanding value, enabling options, standardization, creating partnerships and the digital accelerator.

The new document offers fifteen leading “indicators of change” that describe the performance of rapid and scalable infrastructure development projects and can be used to assess “where we are and give us the insight and confidence to adjust and correct our trajectory”. Princeton plans to conduct an annual survey to track these indicators year over year from 2023 to 2030. According to the authors, this will help to know if the world is moving its infrastructure delivery methodology to ” net-zero ready” and, if not, allow it to change course.

While the first article in the series focused on the United States as a case study, the new article uses Australia as a case study and replicates similar scenarios. Although it is a much smaller energy economy than the United States, the net zero options available to Australia require a different approach, he notes: in addition to being an arid country , with limited biomass resources, Australian law does not allow nuclear energy, contrary to previous study, these are not included in the Australian scenarios.

Decarbonisation will require Australia to essentially duplicate the current global fleet of renewable electricity by 2050 and add up to 1 gigatonne of CO2 sequestration, the report notes. “To reach such numbers, the message is clear: we must radically rethink the way we provide infrastructure,” he says.

“Australia shares the same story with many other countries. And that brings us to the same conclusion: we need to change global energy systems at rates we’ve never seen before. Assumptions and numbers can change. Demand for Australia’s energy exports may increase, Australia’s need to capture carbon from its importers may decrease, or Australia may change its stance on nuclear energy.”

Although it is a major producer and exporter of uranium for nuclear fuel, the use of nuclear energy in Australia is currently prohibited by federal and state law. Successive Australian governments have maintained this moratorium, although a federal inquiry in 2019 recommended a partial lifting of current bans to allow for the deployment of new and emerging technologies such as small modular reactors, and public and political debate on the use of these technologies continues.

Standard Uranium Announces Private Placement for up to