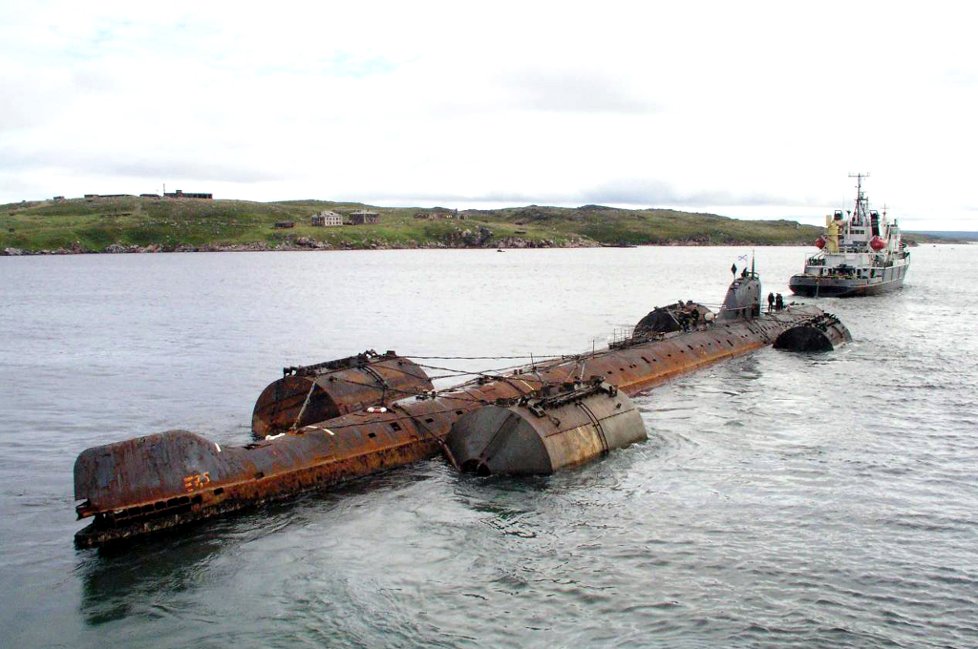 An official at Rosatom, Russia’s state-owned nuclear company, announced a deadline for the recovery of two Soviet-era nuclear submarines that have been lying for decades at the bottom of the Arctic seas, fearing their reactors contaminate fertile international fishing grounds.

The announcement confirms what unnamed officials previously told Russian state media over a year ago. Since then, Bellona has urged Russia, during its two-year presidency of the Arctic Council, to continue recovering the submarines to avoid the risk of contamination from their reactors and the spent nuclear fuel they contain. put a strain on the ocean environment.

Grigoriev’s remarks concerned the K-27 and K-159, both of which came down still loaded with their uranium fuel. The two submarines, experts say, are in a precarious state. But the submarines sank under different circumstances.

The K-27 was intentionally scuttled in 1982, and its reactor was plugged with an industrial sealant before the Soviet Navy submerged it in the shallow waters around the Novaya Zemlya archipelago. But there is some evidence that the sealant does erode.

Last month, divers from the Russian Geographical Society’s Underwater Research Center investigated the submarine’s hull. Pieces of metal were cut and the thickness of the hull was measured, along with other inspections.

The K-159, which sank while towed until decommissioning in 2003, poses similar threats. Some 800 kilograms of used nuclear fuel remained in its reactor when it sank in some of the Kara Sea’s most fertile fishing grounds.

In both cases, experts fear that a nuclear chain reaction could occur if water leaks into the reactor compartments of submarines.

Russian scientists have been keeping a close eye on the K-159, launching regular expeditions to watch for potential radiation leaks. According to their data, if the submarine was depressurized, the radionuclides could spread over hundreds of kilometers, severely impacting the local fishing industry.

Grigoriev previously estimated that raising the wreckage would cost some 123 million euros – almost exactly what experts say is the cost of damage in the event of contamination.

“If the K-159 were depressurized, it could cause 120 million euros in damage per month,” Grigoriev told Bellona at a meeting in 2020.

Yet submarines represent only a fraction of the radiation hazard that the Soviet Navy dropped at sea. Between 1959 and 1992, the Soviets carried out 80 missions to sink radioactive debris in Arctic waters. In total, some 18,000 objects considered to be radioactive waste were dumped in the Arctic depths. In addition to the K-159 and K-27, the Soviet Navy scuttled reactor compartments, solid radioactive waste, a number of irradiated ships, as well as old metal structures and radioactive equipment.

The majority of this debris was left in the eastern bays of the Kara Sea, near the archipelago of Novaya Zemlya. However, the exact location of some of these sunken objects is still unknown. The location of the reactor compartment of the K-140 nuclear submarine remains untraceable.

And there are other radiological risks which are more distant. The nuclear submarine K-278, or Komsomolets, sits at the bottom of the Norwegian Sea.

“A quarter of all radioactive waste that has been sunk in the oceans belongs to us,” said in 2020 Sergei Antipov, director of strategic planning and project management at the Institute of Nuclear Safety of the Academy of Sciences from Russia.

In his recent remarks, Grigoriev said Russian officials were working with the European Bank for Reconstruction and Development to fund the recovery of the submarines.