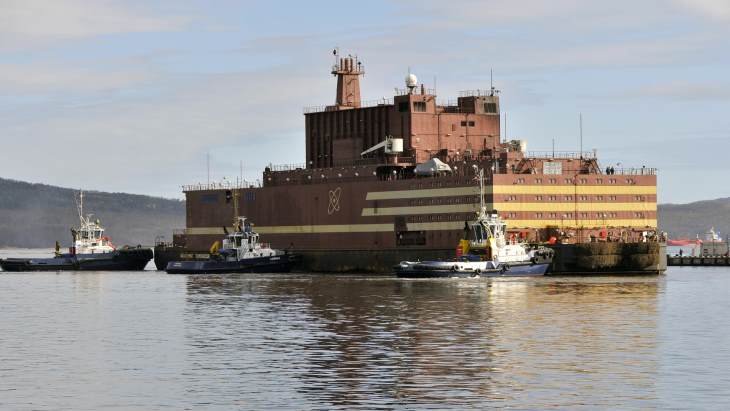 Rosatom will soon submit to the Russian government its plan to invest 506 billion rubles ($ 7 billion) in new nuclear technologies by 2030, according to Kommersant. Of this amount, RUB 150 will come from the state budget. The plan, dubbed “New Atomic Energy,” was presented for evaluation to the State Council’s Energy Working Group. If approved, it would be included in the government’s socio-economic development strategy for the next decade, according to the newspaper.

Akademik Lomonosov was commissioned in May 2020 (Image: Rosenergoatom)

The only small nuclear power plant commissioned to date in the world is the 70 MWe floating unit at Rosatom. Akademik Lomonosov.

The second axis of the plan is the “Waste-free Atom” project for a closed cycle of nuclear fuel and the construction of fast neutron reactors. The lead-cooled BREST-300 fast reactor is expected to enter service at the end of 2027, according to Kommersant. By the end of the decade, the design documentation for the BN-1200M with sodium coolant will be ready, he added.

The third is “Pure Atom for the World”, which concerns Roastom’s plan to export nuclear fuel for nuclear power plants of non-Russian design. The first contract is expected to be signed next year. By the end of 2030, a portfolio of four contracts and the extension of the supply base of 18 PWR reactors (TVS-Kvadrat fuel assemblies) are planned. According to the article, Rosatom is targeting 24% of the global nuclear fuel supply market by 2030, up from 17% currently.

Rosatom refused to confirm the contents of the Kommersant article.