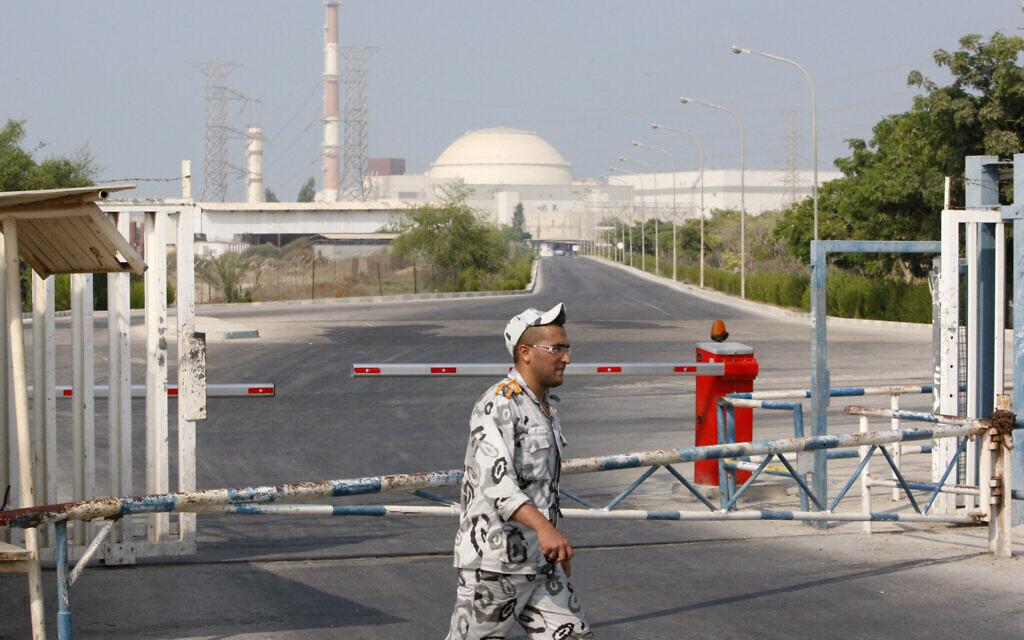 Russia offers interim nuclear deal to Iran, with US aware of talks on issue – report

Russia has discussed with Iran the possibility of an interim deal that would see limited sanctions relief in exchange for the reimposition of some restrictions on Tehran’s nuclear program, the NBC network reported on Friday.

The outlet said the US “knows” about the proposal and cited several unnamed sources for its reporting – two US officials, a congressional official, a former US official and four other people familiar with the details of the talks .

The sources said that while the United States was aware of talks between Moscow and Tehran in recent weeks, US President Joe Biden’s administration was trying to distance itself from Russia’s proposal.

Officials told the US media that Tehran had so far rejected the proposal.

The US sources reportedly said that if Iran agreed to this, it would be seen as a step towards a full deal in the future.

If an interim deal were to be agreed as a first step toward a renewed deal, some U.S. lawmakers would likely insist that it be sent to Congress for consideration.

The sources told NBC that under a draft deal proposed by Russia, Tehran would commit to stop enriching uranium to 60% purity, a level that far exceeds the limits fixed by the initial agreement.

Additionally, Iran would be required to dispose of its stockpile of enriched uranium, one possibility being that it would be exported to Russia.

The report says that in exchange, Tehran would have access to the billions of dollars in oil revenues that are currently frozen in foreign bank accounts.

An unnamed senior Biden administration official told NBC that an interim arrangement was not under serious discussion.

“Although we cannot speak about any discussions that may have taken place between Russia and Iran, at this stage we are certain that no such interim agreement is being seriously discussed,” the official said.

“As for an interim deal, we will not negotiate in the press or comment on specific claims regarding the negotiations. Our timeline is based on a technical assessment of Iran’s nuclear progress rather than a time clock,” he said. said the manager.

The report came after Iran, Russia and China began a joint naval exercise in the Indian Ocean which they said was aimed at boosting maritime security. Iran has held regular military exercises in recent months.

Iran said on Friday it was also in talks with Russia over the construction of two new units at its Bushehr nuclear power plant.

The 2015 deal offered Iran much-needed relief from sanctions that have crippled its economy, in exchange for curbs on its nuclear program.

Then-US President Donald Trump unilaterally withdrew from the accord in 2018 and Tehran has since steadily increased its public violations of the accord.

US Secretary of State Antony Blinken said last week that there were only “weeks” left to salvage the deal, and that the United States was ready to consider “other options” if the talks failed.

Israeli officials, who seek to significantly further restrict Iranian activities backed by the credible threat of military action, have said the country is not bound by the deal and will act as it sees fit to protect its citizens.

Defense Minister Benny Gantz on Thursday called on world powers to negotiate with Iran on reviving the deal to include Tehran’s support for proxy groups in the talks.

“Iran’s double game must be on the negotiating table in Vienna and any international effort to reach an agreement must also take into account Iran’s aggressiveness in the region,” Gantz said.

Meanwhile, Israeli warplanes carried out a major exercise over the Mediterranean that included air-to-air refueling exercises, according to an unverified report published Thursday by London-based Saudi media outlet Elaph.

The use of Israel’s aging aerial refueling fleet would be the strongest indication that Israel is planning an attack on Iran’s nuclear facilities, or would like to project towards Tehran and the rest of the world that it is preparing.

During a global pandemic, a small country produces research that helps guide health policy around the world. How effective are COVID-19 vaccines? After the first two injections, does a third dose help? What about a fourth?

When The Times of Israel began covering COVID-19, we had no idea our little beat would become such a central part of world history. Who could have known that Israel would be the first at almost every step in the history of vaccination – and generate the research so urgently needed today?

Our team covered this story with the rigor and precision that characterize Times of Israel reporting on all topics. If it is important to you that this type of media organization exists and thrives, I urge you to support our work. Will you join the Times of Israel community today?

Are you serious. We appreciate that!

That’s why we come to work every day – to provide discerning readers like you with unmissable coverage of Israel and the Jewish world.

So now we have a request. Unlike other media, we don’t have a paywall in place. But since the journalism we do is expensive, we invite readers to whom The Times of Israel has become important to support our work by joining The Times of Israel community.

For just $6 a month, you can help support our quality journalism while benefiting from The Times of Israel WITHOUT ADVERTISING, as well as access to exclusive content available only to members of the Times of Israel community.

EU countries argue over whether nuclear and gas are ‘green’