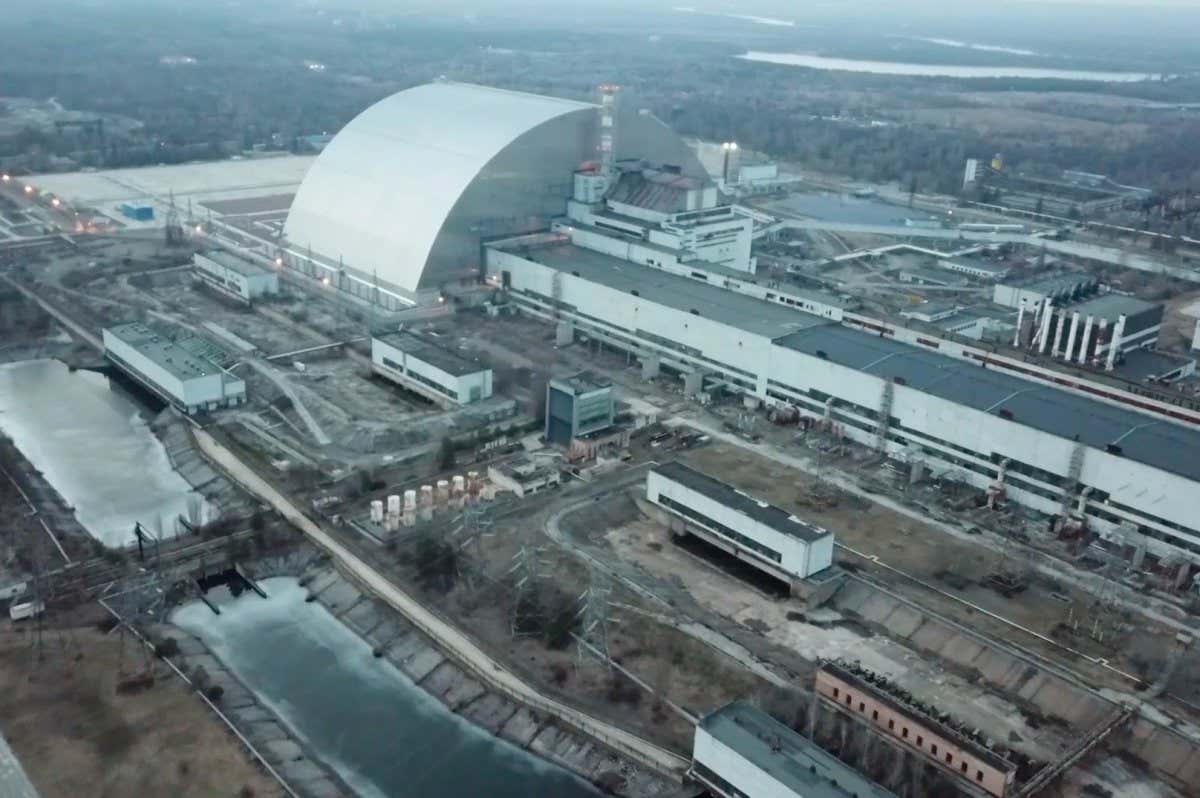 Fears of a possible radioactive leak at the Chernobyl nuclear power plant are growing after a power cut at the site. Without electricity, it will be difficult to cool ponds containing hazardous nuclear waste and filter the air inside the vast containment building that houses the remains of the reactor destroyed in an infamous disaster at the site in 1986.

Dmytro Kuleba, Ukrainian Foreign Minister warned in a tweet standby diesel generators will only operate for 48 hours. “After that, the spent nuclear fuel storage facility cooling systems will shut down, making radioactive leaks imminent. Putin’s barbaric war puts all of Europe in danger,” he wrote.

Spent nuclear fuel from the old Chernobyl reactors is stored in a large cooling pond that is constantly replenished with fresh, cold water to keep its temperature low. Without electrical power – which would have been cut when Russian troops occupied the plant – this cooling has now ceased, which will allow the temperature of the water to rise and increase the rate of evaporation.

If ponds are allowed to dry out, there is a risk that radioactive material will be released into the environment. There are also concerns that electric air filters in the containment building around the reactor could shut down, causing condensation that could damage the building.

A update of the State Nuclear Regulatory Inspectorate of Ukraine said today that there were no immediate concerns: “There are no violations of the limits and safe operating conditions of nuclear power plants (NPP). The radioactive situation meets established standards. The physical protection systems of nuclear power plants operate in normal mode.

Mark Wenman at Imperial College London said in a statement to the UK Science Media Center that although the power cut was a “worrying development”, there was no immediate risk of radiation leakage.

“Chernobyl’s last reactor was shut down over 20 years ago and Units 1 and 2 were shut down between 1991 and 1996. This means that the heat produced by the fuel in the storage ponds will have decreased significantly over the the period of 20 to 30 years. ,” he said. “The fuel storage ponds are also very deep and [it] it would probably take weeks for the water to subside even without active cooling pumps. This should hopefully allow enough time for power to the cooling systems to be restored.

The situation in Chernobyl has been tense since the first day of the invasion when Russian troops captured the site. Scientists monitoring radiation levels at Chernobyl cannot access their laboratories and instruments because Russian troops now control the plant. Other personnel still working on site for safety oversight and decommissioning efforts would be held in poor conditions without the ability to take breaks away from the facility to rest.

Radiation levels peaked at the site the day it was captured by Russian forces, which was attributed to Russian tanks disturbing dust containing radioactive material. But many radiation sensors around the plant have since been offline.

The director general of the International Atomic Energy Agency (IAEA), Rafael Mariano Grossi, has warned that a series of incidents at nuclear power plants across Ukraine have taken place in recent days. The IAEA says this poses a security risk, although there are no signs or evidence of radioactive leaks.

“We can’t go on like this. There must be clear understandings, clear commitments, not to approach a nuclear installation when it comes to military operations,” Grossi said during a briefing. press conference on March 7.

The state-controlled Ukrainian energy company, the National Company of Nuclear Power of Ukraine, said in a press release today that their staff is still present in the country’s six nuclear power plants but is “obligated to coordinate all technical problems with the occupants”.

“Station workers are under severe psychological pressure from the occupants,” the statement said. “[Russian forces] should be welcomed at [Zaporizhzhya nuclear power plant, Europe’s largest nuclear power plant] with joy, but our people resisted, refused to cooperate with the military invaders and did not hide their open hostility towards them.

The company reports that the Zaporizhzhya power station is currently occupied by 50 units of heavy equipment and 400 soldiers. Details of the force at Chernobyl were not given.

Learn more about these topics:

Sanctions against Russia must not include banning Russian energy imports, Hungarian PM says