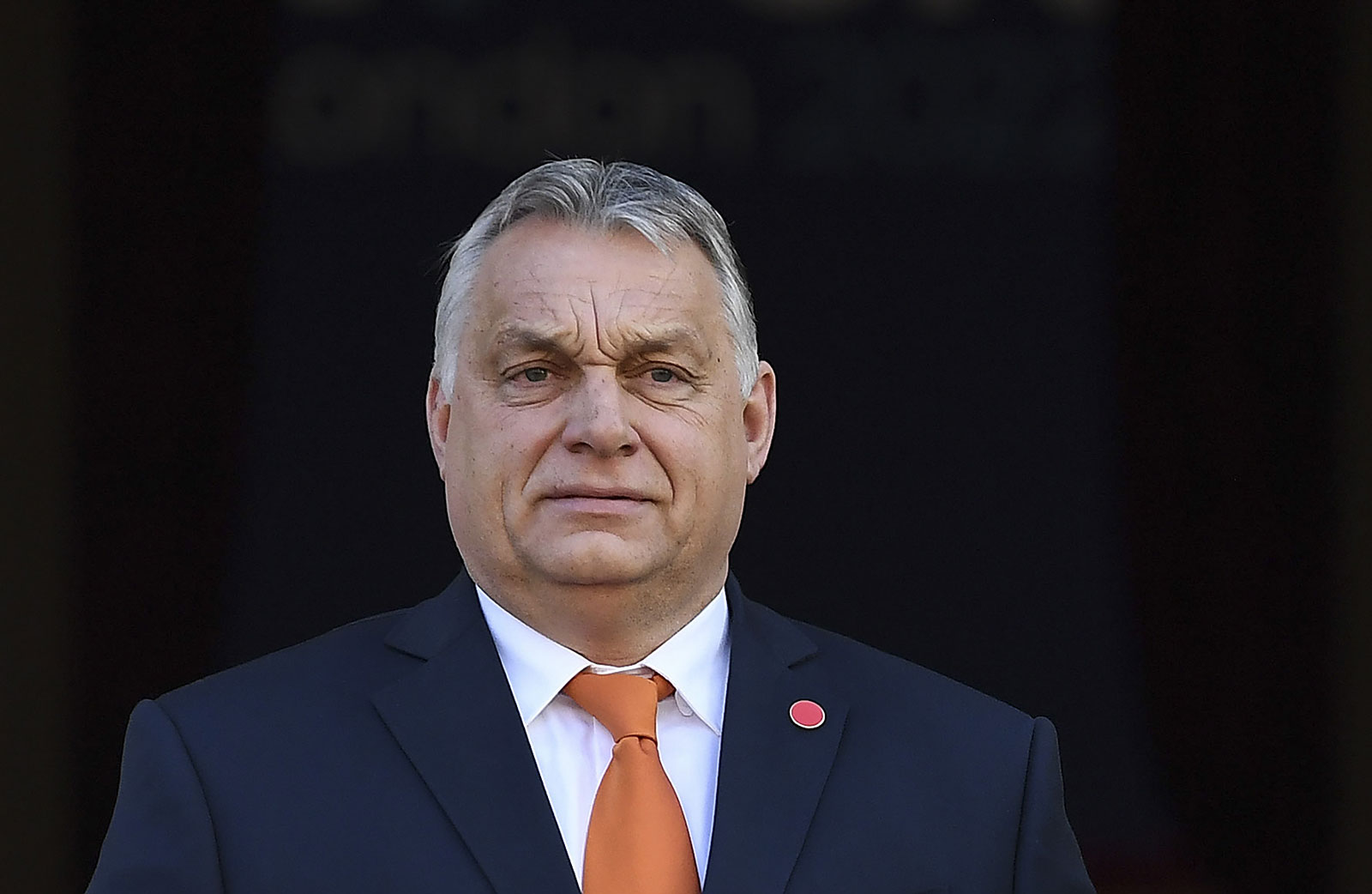 Sanctions against Russia must not include banning Russian energy imports, Hungarian PM says

US President Joe Biden announced on Tuesday that his administration was banning Russian imports of oil, natural gas and coal into the United States in response to Russia’s invasion of Ukraine, a move he said could lead to a skyrocketing gas prices in the country.

“Today I am announcing that the United States is targeting the main artery of the Russian economy. We are banning all Russian oil, gas and energy imports,” Biden said in remarks from the White House. . “It means Russian oil will no longer be acceptable in American ports and the American people will deliver another mighty blow to Putin’s war machine.”

Here are the key things to know about Biden’s announcement today:

How we got here: Sanctions on Russia’s oil and gas industry had once been seen as mostly irrelevant as officials in the United States and Europe worried about a global price spike. But pressure had grown on Biden to act, including from Ukraine’s president and U.S. lawmakers on both sides, as Russia’s attack in Ukraine increasingly targeted civilians.

The United States expected to act unilaterally, without its European allies, due to a disagreement among European nations over whether to ban Russian energy imports. EU countries are significantly more exposed to Russian energy than the United States. Shortly before Biden’s announcement, the UK said it planned to phase out imports of Russian oil by the end of the year.

Americans will feel the impact at the pumps: Biden stressed in his remarks that his decision will likely hurt Americans at the gas pump.

“Today’s decision is not without cost here at home,” Biden said. “Putin’s war is already hurting American families at the gas pump. Since Putin began his military buildup on the Ukrainian borders, just since then the price of gas at the pump in America has gone up 75 cents and with this action he will go. I will do everything I can to minimize Putin’s price hike here at home.

The president also warned companies against price hikes in times of crisis.

“To the oil and gas companies and the finance companies that support them: we understand that Putin’s war on the Ukrainian people is driving up prices. We understand that. It’s obvious. But, but, but, but – this is not “is no excuse for exercising excessive price increases or increasing profits or any kind of effort to exploit this situation or exploit American consumers. Russia’s aggression is costing us all. And it’s not when to take advantage or inflate prices,” Biden said.

The move comes as gas prices soar in the United States as Russia’s invasion of Ukraine shakes up the global oil market. The average price of a gallon of regular gasoline broke its 2008 record, hitting $4.14 on Monday, according to the Oil Price Information Service, the company that collects and calculates AAA prices. That beats the previous record of $4.11 per gallon since July 2008.

Energy imports from Russia: US imports from Russia make up a small slice of the US energy portfolio – around 8% in 2021, of which only around 3% is crude oil. White House economic officials have been engaged for more than a week on how to handle any decision to halt those imports, officials said. The Department of Energy reported that in the last two weeks of February, Russian oil imports fell to zero as US companies cut ties with Russia, effectively implementing their own ban.

Impact on the Russian economy: Sanctions imposed by the West on Russia following its unprovoked invasion of Ukraine had so far exempted oil exports.

Biden said the package of economic sanctions and export controls the United States has already imposed on Russia has caused “significant damage to the Russian economy” and that the value of the Russian ruble has fallen since Putin launched its attack on Ukraine.

“A ruble is now worth less than a US penny,” Biden said. The president said that Russia would not be able to increase the value of the ruble because the West has cut off the biggest Russian banks from the international financial system.

“The private sector is united against Russia’s vicious war of choice,” Biden said.