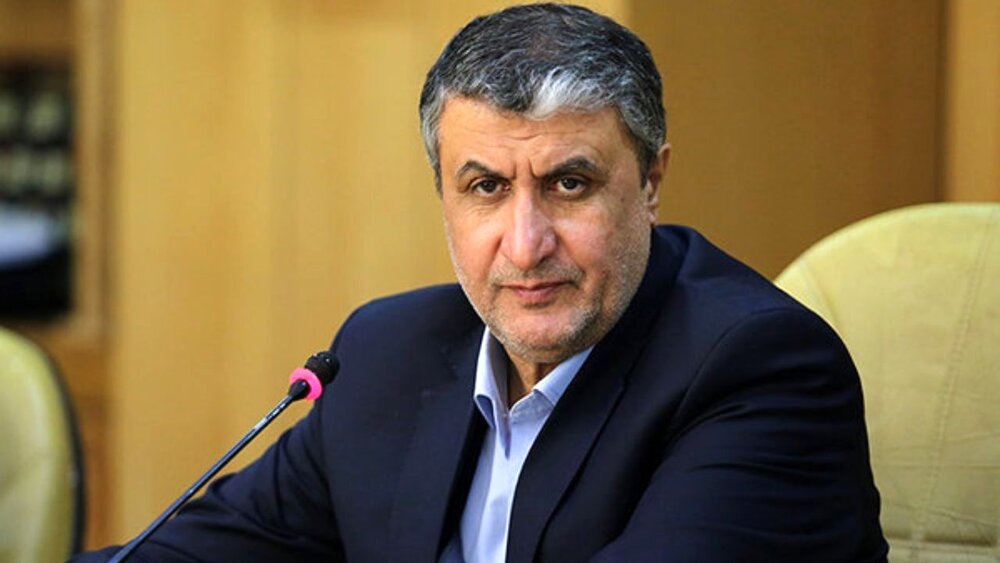 TEHRAN – Mohammad Eslami, the director of the Atomic Energy Organization of Iran (AEOI), told Sputnik that his country can produce nuclear fuel on its own and will soon start using it at the nuclear power plant in Bushehr.

He also told Ria Novosti that the second and third generator sets were around 23 months late when the correspondent asked when the rebuilding process was going to start. Eslami said Iran expects Rosatom to boost project implementation to make up for any delays.

â€œWe owe Moscow money for these two blocks (second and third units of the Bushehr nuclear power plant), and the amount has already been calculated. Given the financial terms we agreed to and the loan we took out to do so, we almost balanced them.

We expect Rosatom to speed up the implementation of the project with an agreed plan to compensate for any delays. Block 2 is being concreted and the process of guaranteeing the solidity of the structure is underway. Regarding the third block, I can report that the soil is being reinforced and that preparations for the concreting of the foundation are currently underway, â€he noted.

In response to a question by Ria Novosti about IAEA inspectors who are thoroughly searched before entering a nuclear facility and whether it is possible that among them are spies and saboteurs who have been duped by country wishing to attack Iran’s nuclear program, the nuclear chief said the protocol states that inspectors are not to bring anything with them when they enter a vital institution.

â€œYou should not bring anything with you when entering a vital public institution. We did not violate any of the protocols of our inspectors. In this aspect, the reverse is true – they must respect them. They must comply with our guidelines. It will be the same everywhere you go in the world. We treat them according to the same principles and will never accept inspectors who are employees of foreign intelligence services posing as Agency inspectors, â€he noted.

The Russian journalist then asked Eslami about the enrichment program and whether it would exceed the 60% level if the parties to the Vienna talks failed to come to an agreement, and Eslami replied that the uranium enrichment of the Iran aims to meet industrial needs, and Iran will not go beyond 60% enrichment.

The nuclear chief reiterated: â€œNo, not at all. All of our uranium enrichment goals are to meet our industrial and production needs, as well as the needs of our consumers for the things our country and our people need today. All of our atomic activities are carried out in accordance with the agreements, statutes and regulations of the International Atomic Energy Agency.

He then added that Iran planned to produce 17,000 megawatts of nuclear power.

â€œWhen building new power plants, we aim for 10,000 megawatts of energy. Today we need at least 17,000 megawatts. Iran’s energy policy is structured to make maximum use of renewable energy sources, so that Russia can also join this development partnership. In addition to inviting foreign investors to participate in the construction of this attractive 10,000 MW project in Iran, as Russia has invested in other countries, â€he noted.
The AEOI chief added that Iran can already produce nuclear fuel.

“We have had talks with Rosatom and we hope that as part of our interaction, as well as on the basis of the plans and contracts that we will conclude with them, we can start using Iranian fuel in the reactor itself at Bushehr., he repeated.

Iran has repeatedly rejected reports that it is seeking to enrich 90% uranium, claiming it is “a bold lie.” Foreign Minister Hossein Amir Abdollahian vehemently rejected such a claim during his phone call with EU foreign policy chief Josep Borrell earlier in December. The IAEA chief also dismissed such a rumor.

The P4 + 1 and the United States create a hype that Iran is enriching uranium at the military level to influence talks for more concessions, but this hype is doomed to fail because Iran does not intend to enrich uranium beyond 60%. The AEOI chief has made it very clear that even if the Vienna talks fail, Iran will stick to 60 percent fortification to provide radiopharmaceuticals to cancer patients, for agricultural, industrial and, more importantly, to operate nuclear power plants.