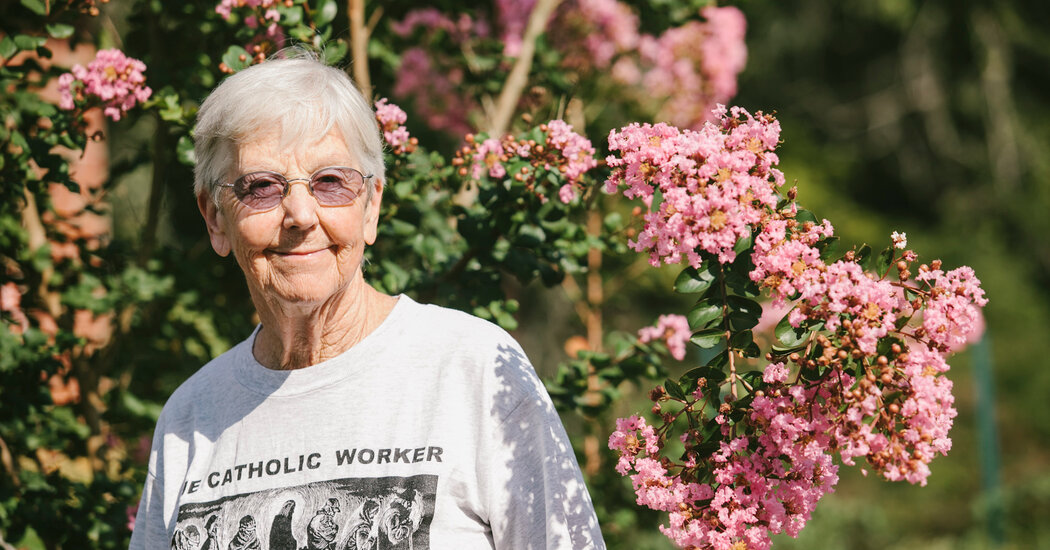 During World War II, Sister Rice heard rumors about another side of her community: Columbia professors who were working on a top secret government project. Its nature was revealed on August 6, 1945, when the Americans dropped an atomic bomb on Hiroshima, Japan, and another on Nagasaki three days later.

She remembered her mother thanking God for the attack; this meant that her uncle, who was to be part of the invasion of Japan, would henceforth be spared. He went there anyway, in the first wave of soldiers to reach Hiroshima after Japan’s surrender, and he told her of the horrors he had encountered.

Megan joined the Society of the Holy Infant Jesus in 1947 and made her final vows in 1955. She studied biology at Villanova University and obtained a master’s degree in cell biology from Boston College. She then moved to Africa, where she taught in elementary and secondary schools in Nigeria and Ghana.

She leaves no immediate survivors.

From the 1980s, she made frequent trips to the United States, often to participate in anti-war actions.

Sister Rice left Africa for good in 2003. Two years later she moved to Nevada, where she joined an anti-war organization called the Nevada Desert Experience. She was arrested in 2009 during a demonstration against a missile test at Vandenberg Air Force Base (now Vandenberg Space Force Base) in California, and in 2011 for trespassing at Creech Air Force Base in Nevada, which houses the country’s drone warfare program.

She traveled to Tacoma, Washington, in 2011 to observe the trial of several anti-war activists, including Sister Anne Montgomery, an 84-year-old nun, for trespassing on a nuclear submarine base. The trial inspired Sister Rice to plan a similar action.

The protest at Y-12 a year later made Sister Rice an international celebrity, and she used the spotlight to bring renewed attention to America’s efforts to modernize its nuclear arsenal.