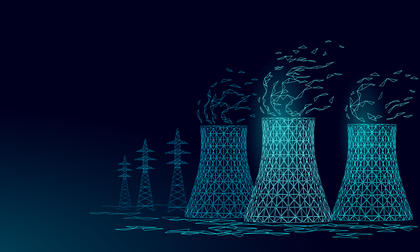 Interest in the development and deployment of small modular reactors (SMRs) continues to gain momentum due to their size, design and potential for reducing greenhouse gas emissions.

In its just-released 2022 budget, the federal government proposed new funding to support the development of SMRs.

The use of small-scale nuclear energy in the oil sands has been discussed for more than a decade. But today, the technology is already in use and more is expected. In December 2021, China connected the world’s first SMR to a power grid with a 200 megawatt unit. In the United States, the Department of Energy is supporting the construction of an SMR plant in Idaho. More announcements about the advancement of technology have been made around the world.

SMRs offer many benefits and opportunities, as well as obstacles and challenges. The most relevant to the oil and gas industry are presented below.

Opportunities for oil and gas companies and communities

Transportable to any site: SMRs are small in physical size and footprint, yet capable of generating enough power to support industrial applications or remote communities with limited grid capacity. SMRs are typically factory built, portable/modular, scalable and can be transported as a unit to any site for assembly by truck, train or ship.

Decarbonization: SMRs can play an important role in supporting Alberta’s emissions reduction goals. Several proponents are looking for ways to integrate SMRs into the production of hydrogen, which could in turn be used by the power and transportation sectors for energy storage or as a fuel source for long-haul transportation. distance.

Economic partnerships with Aboriginal communities: The four-province RMS strategic plan stipulates that project proposals in Alberta, Ontario, Saskatchewan and New Brunswick must take into account opportunities for Aboriginal communities to participate in their development. This includes areas such as equity investments, employment, skills development and supplier agreements.

Canadian know-how: Nuclear power plants have been producing electricity commercially in Canada since the early 1960s. Although Alberta is new to nuclear energy, it can reach out to Ontario and the New Brunswick as members of the four-province plan to adopt best practices in nuclear reactor regulation.

Challenges for the development of SMRs

Regulatory uncertainty: The International Energy Agency says federal government support for SMR projects is essential. Policy reform at both levels of government will also be needed to allow licensing and construction of demonstration projects. Given the significant expertise that the Canadian Nuclear Safety Commission (CNSC) brings to the policy and regulatory framework of all reactor facilities, there should be a pathway to ensure that current licensing requirements can be appropriately adapted using a risk-informed approach.

Waste management: Although the regulatory framework for radioactive waste in Canada is well established (waste management is a component of CNSC licensing), SMR proponents and governments recognize the need for public dialogue to provide information regarding fuel waste from new or emerging reactor technologies. . This includes engaging with multiple stakeholder groups to demonstrate how a proposed SMR project will meet waste storage and treatment requirements and international standards.

Investment costs: Several analyzes have shown that the investment costs of SMRs per unit of power are comparatively lower than the costs of large nuclear reactors or other sources of electricity such as diesel. However, proposed SMR projects face cost certainty issues related to scarcity and reliability of fuel sources, logistics and transportation costs (both for fuel and for modular SMR units). ) and the limits concerning the storage of spent fuel.

Increased commitment from federal and provincial governments can be expected in 2022. Developments in PRM technology in Canada and around the world will be worth watching for oil and gas companies and communities.

A comprehensive overview of the SMR landscape in Canada can be found in Bennett Jones’ article: Small Modular Reactors: A Key Component to a Low Carbon Future?