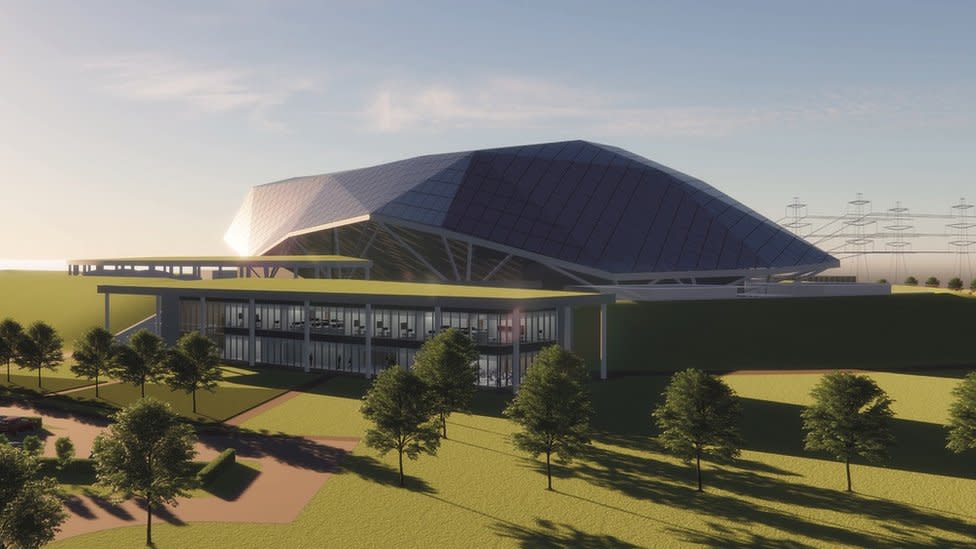 “We will probably have more accidents than existing reactors because this is a new technology, but they will be accidents and not disasters,” said Troels Schonfeldt, co-founder of Seaborg Technologies in Denmark.

Like others in the industry, Mr. Schonfeldt wants to address concerns about safety.

In the case of Seaborg, their reactors will be housed on floating barges and will use molten salt to moderate reactions.

Mr Schonfeldt argues that this configuration and location means that large-scale disasters, possibly caused by a terrorist attack, are simply not possible.

â€œIf a terrorist bombs the reactor and the salt mist spreads everywhere, then it solidifies and stays. You’re going to clean it up, â€he said.

“It’s a very, very different scenario than bombing an existing reactor, where you would have a cloud of gas that is not contained on your own continent and essentially causes an international disaster.”

Seaborg’s modular electric barges can generate between 200 MW and 800 MW of electricity, enough to power up to 1.6 million homes.

The makers of these small reactors also claim that in addition to being safer, they will be much cheaper than their larger cousins.

Traditionally, the construction of large nuclear power plants involves transporting components to a huge construction site and assembling the reactor there. But these new so-called modular designs can fit together like jigsaw puzzles and largely be assembled in factories, making the building project much simpler.

It is certainly the hope at Rolls-Royce, who just received a Â£ 210m a UK government grant and a Â£ 195million cash injection from a consortium of investors to develop its own Small Modular Reactor (SMR).

This means that 90% of a Rolls-Royce SMR power plant could be built or assembled under factory conditions.

â€œSo you are building, in our case, probably three factories. In these factories, you create and assemble components. And these modules are then placed in the backs of the trucks, â€says Matt Blake, chief engineer of SMR.

â€œThe limiting factor for the size of the reactor was: what is the biggest component that can go in the back of a truck? “

At an expected cost of around Â£ 2bn each, the Rolls Royce SMR would cost a tenth of the Â£ 23bn bill for the UK’s most recent Hinkley Point nuclear power station in Somerset.

Each Rolls-Royce SMR will have a capacity of 470 MW – so enough electricity to power a million homes.

Up to 16 SMRs could be built across the UK, with the first to go live in 10 years: eight sites have been identified.

“We are the size of two football fields and we are more like an Amazon warehouse in terms of disruption than a Hinkley Point, which should open up a wider range of settlement opportunities,” said M Blake.

Rolls-Royce hopes their reactors won’t just power the National Grid. He believes other customers like data centers and companies producing hydrogen and synthetic aviation fuel will also be interested.

It also hopes to sell its reactors abroad, their smaller size being an advantage.

“SMRs are different in that the funding will be simpler – putting together funding for Â£ 2 billion is obviously a lot easier than 10 times that,” adds Mr Blake.

Based in California, Radiant Nuclear’s ambitious slogan is “to make nuclear more portable” and it wants to reduce nuclear power plants even further.

He says he’s developing a reactor the size of a shipping container, which could be easily trucked.

The project is still in its early stages, with the company planning a powered demonstration in 2026 and units in production by 2028.

But Radiant does not see its reactors competing for market share with the large power plants that connect to the electricity grid.

However, anti-nuclear activists are not convinced or reassured by the security claims emanating from new entrants to the nuclear energy market.

â€œSMRs will always be vulnerable to nuclear accidents and terrorist attacks; they risk nuclear proliferation and can produce more nuclear waste than conventional reactors per unit of electricity, â€said Kate Hudson, executive director of the Campaign for Nuclear Disarmament.

Mr. Blake of Rolls-Royce says the nuclear waste treatment process is well established: â€œSpent fuel is kept on site and will be treated the same as a standard PWR (pressurized water reactor), like Sizewell or any other site “

“It will be kept on site and eventually transferred to Sellafield, or to a deep geological storage facility,” he explains.

Supporters of small nuclear power plants say their technology will be needed to meet an expected doubling in UK consumer demand for electricity by 2050.

But Ms Hudson remains skeptical: “This is unproven, untested technology that will always cost the taxpayer unspecified and possibly significant amounts of money.”

â€œEven with the most ambitious schedule,â€ she adds. “We will have to wait 10 years for an SMR to produce energy, when renewable alternatives and energy efficiency programs become available now.”