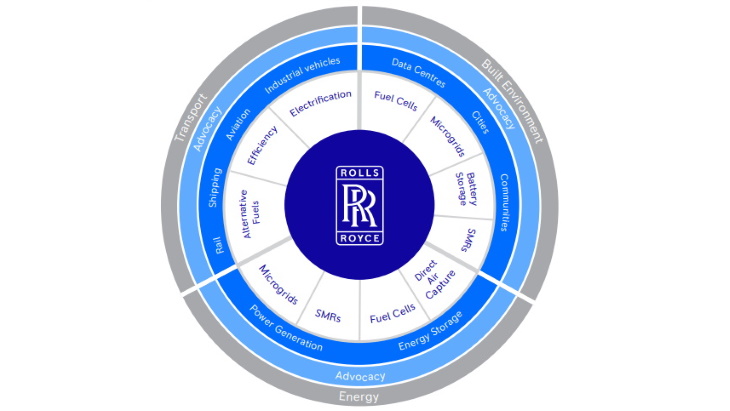 British engineering firm Rolls-Royce will ensure that its new products are net zero compatible by 2030 and all of its operations by 2050. Small modular reactors will play a role in achieving these. Goals. In June 2020, Rolls-Royce CEO Warren East joined high-level United Nations climate champions to launch the Race to Zero, the United Nations campaign to mobilize business, city and investor leaders for them to commit to reducing net emissions by mid-century. later.

Rolls-Royce will align its business and value chain with the Paris Agreement’s climate goal – limiting global temperature rise to 1.5 ° C – using its technology to help decarbonize certain sectors of the industry. economy, including aviation, shipping, rail and power generation.

It has now announced its intention to make all of its new products compatible with net zero by 2030, and all of its operating products compatible by 2050. It is also increasing its spending on research and development to move towards technologies. lower carbon and net zero, dropping from around 50% of its gross R&D spending today to at least 75% by 2025. Last week, it published its tech journey: Leading the transition to net zero carbon.

“There is no one-size-fits-all solution for net zero and therefore we are innovating in several areas simultaneously,” said Rolls-Royce. “However, the pace and prioritization of technology solutions, as well as global policy coherence and collaboration, will also be key to success. Therefore, we are expanding our collaboration with our partners, industry leaders and governments in the three critical systems in which we operate – transportation, energy and the built environment – to accelerate progress. “

Rolls-Royce said its strategy includes the development and deployment of SMR, which it believes will play a critical role in supporting the decarbonization of the energy grid and meeting the growing demand for clean electricity. SMRs also have potential applications in the production of sustainable aviation fuels, hydrogen or other electric fuels, through the provision of low cost, reliable and clean energy. Nuclear power ensures the stability of electricity grids and, alongside renewables, will play an important role in the transition to a net zero carbon economy, he said.

“Our innovation with small modular nuclear reactors will allow us to expand existing technology to enter new markets and sectors where we can deliver technological solutions capable of reducing emissions outside of our current footprint and providing new opportunities for global growth. “East said.

The British SMR consortium led by Rolls-Royce aims to build 16 SMRs, each with a production capacity of 470 MWe. These could produce around 20% of the energy in the country’s electricity grid by 2050.

“We believe that as the world emerges from the COVID-19 pandemic and seeks to rebuild better, global economic growth may be compatible with a net zero carbon future, and that Rolls-Royce can help achieve that,” East said.