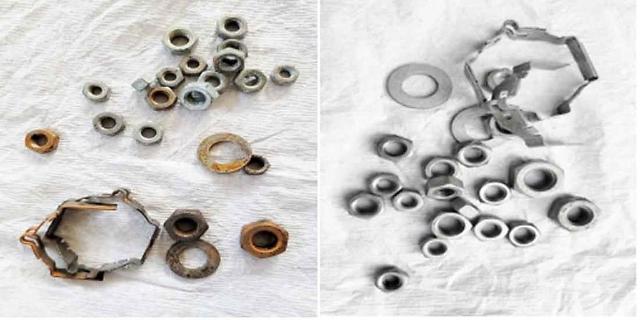 Korea Electric Power Corporation (KEPCO) Nuclear Fuel said in a statement on Dec. 28 that some 24 billion won ($ 20.2 million) in waste management costs can be reduced by adopting the high-intensity focused ultrasound technique. (HIFU) for non-ferrous metal waste. . The HIFU technique focuses the ultrasonic beams on a specific area heavily polluted by radioactive waste for effective decontamination. The technology was developed in collaboration with enesG, a national engineering company.

“The adoption of the new technique will reduce the risk to the safety of people working in a high temperature decontamination environment and greatly increase the area of ​​effect. The technique can also become an alternative to chemical decontamination methods that create waste. secondary, “Park Jung-seok, said an official at KEPCO Nuclear Fuel.

According to KEPCO Nuclear Fuel, the HIFU technique incorporates hundreds of times more energy than conventional methods of ultrasonic decontamination. Normally, radioactive waste decontamination processes involve smelting the contaminated metal or manually cleaning up the pollutants. However, these methods were not able to completely decontaminate non-ferrous metals or metals coated with flammable materials. The nuclear fuel maker said the new technique can be used to clean up other types of industrial waste.

© Aju Business Daily & www.ajunews.com Copyright: Any material on this site may not be reproduced, distributed, transmitted, posted, published or broadcast without permission of Aju News Corporation.

Letter to the Editor: The World Needs More Power, Not Less

Mine Tales: Arizona’s petrified forest mined for uranium and chromite |…

Tim Gitzel, President and CEO of Cameco Corporation, on the benefits and risks of…