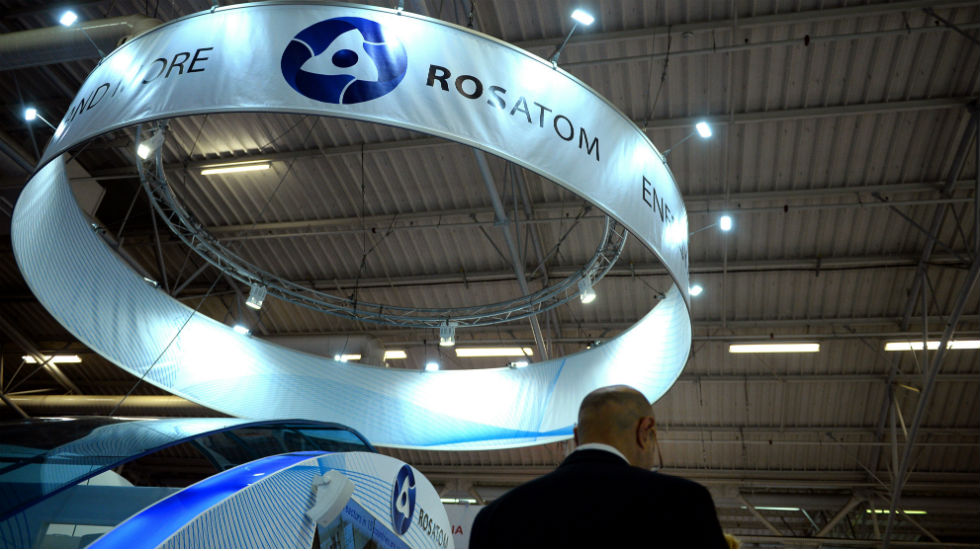 While Washington and commentators wring their hands over Russian President Vladimir Putin’s nuclear sword, the United States and the European Union (EU) continue to shovel hundreds of millions of dollars from Rosatom – a nuclear company who maintains Moscow’s nuclear weapons complex and stole a $60 billion Ukrainian nuclear power plant.

Why would Washington and Brussels support such a nuclear villain? Do we really want to support the Russian organizations that are essential to Putin building the nuclear bombs he is now threatening us with? No one will say yes, but the nuclear industry in Europe and the United States insists that we cannot afford not to.

In addition to being in charge of all of Russia’s nuclear weapons production and development, Rosatom supplies nuclear fuel to nuclear power plants in the Czech Republic, Slovakia, Bulgaria and Hungary. Any decision by the European Union (EU) to cut off fuel from these plants would immediately harm these states economically. So when Poland, Ireland, Estonia, Latvia, Lithuania and Germany recently recommended that the EU ban Russian nuclear imports to avoid funding Russian military efforts, Hungarians and French yelled and Brussels blinked.

What is the Paris brief? Russia buys two-thirds of France’s electric steam generators. In addition, the French nuclear fuel manufacturer Framatome has just concluded an important cooperation agreement for the development of nuclear fuel with Rosatom.

Fortunately, not all Russian nuclear-importing European states are so cynical. Finland operates two large Russian VVER reactors, but has just canceled plans to build another and is open to embargoing all Rosatom imports (albeit gradually). Meanwhile, the giant Swedish energy company, Vattenfall, has halted Russian uranium imports, replacing them with Canadian and Australian ore. Yet alongside these proud players (and those who have called for an EU nuclear embargo), Europe has played a weak game.

The EU, of course, must act by consensus. But what about the United States? There are no Russian-designed reactors in America. Nor is the United States without alternative uranium suppliers in Canada, Australia, and Kazakhstan or practical near-term uranium enrichment options. Yet Washington has pretty much followed the EU’s playbook.

Russia supplies about 15% of America’s raw uranium and 28% of its enriched uranium. Combined with Russian nuclear sales to the EU, these uranium imports from Russia swell Rosatom’s coffers by up to $1 billion a year – easily more than Rosatom spends to maintain Russia’s nuclear weapons complex. .

One might think that this last point would be politically fatal to new imports. Think again. Just days after Russia seized the Zaporizhzhia nuclear power plant, the Nuclear Energy Institute and Duke Power lobbied President Biden to keep Russian uranium imports going. Failure to do so, they argued, would risk increasing the cost of nuclear-generated “zero-carbon” electricity. Worse, they insisted, it would jeopardize the future of advanced small modular reactors, most of which favor the use of special enriched uranium. Shortly after making that call, the White House agreed: Biden announced a U.S. embargo on all forms of Russian energy — oil, natural gas and coal — but not uranium.

It was a bad call. Fears of short-term disruptions to uranium supply are certainly unwarranted: 75% of the nuclear fuel that US electric utilities buy is under long-term contracts, which have already been secured. As for a Russian uranium ban driving up the cost of nuclear electricity, that too is over the top. The cheapest part of exploiting nuclear energy is refueling it: even assuming a sudden cut in Russian uranium imports, experts estimate that the costs of nuclear energy would not exceed 2%, or a fraction of the current inflation rate. They also note that the United States has several practical, Russia-free options for obtaining affordable ore and enriched uranium.

But the nuclear industry is not interested. It’s not just about importing cheap Russian uranium, but also getting Congressional funding and grants to build new uranium enrichment plants and small “advanced” reactors that would burn the fuel these plants would produce. Their demand gives gluttony a bad name. On the one hand, the industry is demanding that American taxpayers foot the bill to ensure their nuclear fuel independence. On the other hand, they argue for our government to continue buying cheap Russian uranium even though it is funding a criminal Russian nuclear enterprise.

Fortunately, some of the most prominent proponents of nuclear energy on the Hill, who wholeheartedly support the nuclear commercialization plans that the industry champions, understand this. Unlike industry and the White House, they are opposed to relying on Rosatom, even in the short term.

In March, Senators John Barrasso (R-Wyo.), Kevin Cramer (RN.D.), Cynthia Lummis (R-Wyo.) and Roger Marshall (R-Kan.) proposed legislation immediately banning all imports of uranium. . Buying Russian uranium funds Putin’s war machine, which they say makes no sense. They score a point. The only question now is why the White House hasn’t gotten ahead of them yet.

Henry Sokolski, executive director of the Nonproliferation Policy Education Center, served as Deputy for Nonproliferation at the Department of Defense and is the author of “Underestimated: Our Not So Peaceful Nuclear Future” (2019).