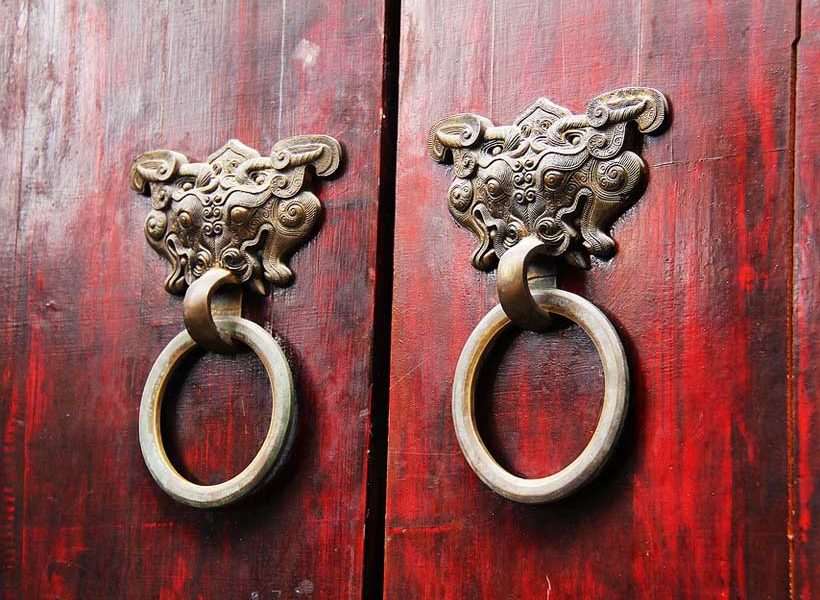 The American challenge to China in its places of influence in the “Indo-Pacific” region, and its interference in the Taiwan question, has been a decisive factor in increasing the influence and presence of China in all forums. international organizations, in particular (the official Chinese objection to the International Atomic Energy Agency (IAEA) to the agreement on Australian nuclear submarines and an attempt to mobilize the international community against this agreement under the auspices of of the United States of America). Thus, China, through its membership of the International Atomic Energy Agency, seeks to present its issues in a fairly international manner, as in the case of (the AUKUS defense agreement and the agreement on sub- Australian nuclear sailors). It has been confirmed by Chinese President “Xi Jinping” in his political speeches, that “China opposes American hegemony and its quest to suffocate China in its Asian areas of influence.”

Therefore, all the Chinese political speeches of President “Xi Jinping” came before all international organizations and forums, stressing (establishing a multipolar and multilateral international world with active actors to defend the rights of poor and marginalized peoples, and support the development initiatives in developing countries), outlining the stated goals of â€œChina’s Global Strategy for the New Centuryâ€, which aspires to be one of its main and distinguished poles.

The American challenge to China by signing the new AUKUS defense agreement and the intensity of the American influence in the â€œIndo-Pacificâ€ region, in particular the regions (South China Sea, Taiwan Strait of Formosa and the Pacific Ocean) , which gave Washington the pretext of increasing its presence in the Asian region surrounding China, despite the relative success. The Chinese side has long isolated Taiwan from communication with the world, according to the principle of a “unified China”, according to what has been approved in Taiwan at the international level. However, a number of indicators have created some sort of concern in Beijing as to the reality of the US shifting stance towards Taiwan to interfere in its internal affairs, notably:

The current US administration, led by President “Joe Biden”, has called for “granting Taiwan a permanent seat at the United Nations” after Washington signed the new AUKUS defense and security agreement with Australia and the United Nations. Great Britain, under the pretext of allowing Taiwan to present its issues with American support, which strongly provoked Beijing.

Besides the fact that the “new AKUS defense agreement” allowed the United States of America to interfere in (Taiwan’s internal affairs) to restrain China’s influence by inviting Taiwanese officials to traveling to the United States of America and visiting members of the US Congress in Taiwan, and announcing an increase in the volume of US military sales to Taiwan, and the (constant presence of US troops, destroyers and ships war in the Taiwan Strait to counter Chinese influence), which is incompatible with all international conventions that (consider Taiwan as an integral part of China), the United States also provoked Beijing by giving a “visa d ‘entry’ to Taiwanese officials, and aiding in the ‘re-election of the president opposing Taiwan to Beijing with 54% against China,’ in addition to Washington’s easing of restrictions on relations with officials. taiwanese, which continues so far with the current president of Taiwan, “Tsai Ing-wen”, and the increase in the volume of US military sales to Taiwan.

The “Aukus Agreement” gave the United States of America the justification to send American military ships to the Pacific Ocean and the Strait of Formosa from Taiwan, under the pretext of protecting the “Indo-Pacific” region. and defend the Taiwan Strait against Chinese interference. , as well as the increase in sales of American warplanes to Taiwan, and the indefinite existence of American forces in the “South China Sea and the Taiwan Strait” under the pretext of protecting international maritime traffic, especially after the United States of America signed the â€œNew AUKUS Defense Agreementâ€ with (Australia, United Kingdom) and the â€œQuad Agreementâ€ with (Japan, India and Australia).

In an earlier period, the US government deliberately changed the name of the organization in which it manages Taiwan affairs (Taipei Economic and Cultural Representation Office in the United States of America).

The signing by the United States of the new AUKUS defense agreement against China, which “allowed the Chinese side to put pressure on the Iranian nuclear dossier with the International Atomic Energy Agency and to exert real pressure on Washington, â€which came from China’s call for IAEA cooperation on the Iranian nuclear issue in a balanced and objective manner to avoid complex US calculations and China’s resolute response to US withdrawal America of the â€œIran nuclear dealâ€ in 2018 during the presidency of â€œTrumpâ€. This is what China firmly opposes before the International Atomic Energy Agency “IAEA”, in particular to embarrass the United States at the international level as well, after the American signing of the AUKUS nuclear defense agreement. in his confrontation.

This was supported by statements from Chinese officials calling for the International Atomic Energy Agency “IAEA” to play a constructive role in strengthening diplomatic efforts in favor of Iran vis-Ã -vis the states. United of America, within the framework of the proposed Chinese solutions. vis-Ã -vis this nuclear problem between Iran and the United States, for which China has publicly rejected diplomatic and international responsibility (violation by Washington of its international agreements and its negative behavior of all its international conventions, at first including its unilateral withdrawal from the nuclear deal with Iran).

Therefore, the Chinese strategy came after the signing of the Washington-led AUKUS defense agreement, calling on China at the IAEA to strengthen dialogue and cooperation with Iran in the face of US violations in the first place, in order to restore the confidence of the international community in (the peaceful nature of the Iranian nuclear program), what China is trying to prove and call it in the face of Washington. China is also keen to hold and conduct international discussions with the European Union and International Atomic Energy Agency officials on the Iranian nuclear issue, claiming that â€œthe United States of America has brought life to the world and the Middle East in a critical phase, because of its violations of all its recognized international covenants â€, and the declaration of the Chinese government that dialogue and cooperation with Iran, regarding its nuclear program, are the only correct way to solve this problem in the face of current provocative US policies.

The most dangerous and important analysis for me is that China will respond strongly internationally against the United States of America, due to its sponsorship of the Aukus Defense Agreement in its confrontation, in particular with the increase of these American and European invitations in the first place, pending the outcome of the new talks with Iran under the auspices and under the supervision of officials and supervisors of the International Atomic Energy Agency , and the final decision to be taken (consideration of the referral of Iran’s case to the UN Security Council to take a position or impose sanctions against Iran). Of course, China and its ally Russia will have the opportunity here to teach the United States of America and its traditional European allies a hard lesson by using (veto or objection) to block any decision affecting the United States. Iranian nuclear dossier, which will be the height of Chinese provocation in Washington internationally after its violation of its rights by signing the “Aukus Defense Agreement”.

It remains most important and most important here, that (the growing support of Russia and China for Iran has had a negative impact on the efforts of the United States of America and the European Union to bring about Tehran at the negotiating table during the last period due to the Iranian conditions supported by Russia and China), and here we analyze only the current situation which (allows Iran to include more demands and conditions in its list to get more concessions from Washington and its European allies in the nuclear negotiations), and so this is going to be the (tough and resolute international response from China to face US policy, after signing the AUKUS defense agreement to restrict and contain China’s influence in the â€œIndo-Pacificâ€ region). China will respond forcefully to the International Atomic Energy Agency and the international community against US policy, due to US support for nuclear proliferation and competition by adopting the Aukus nuclear deal in favor of Australia).