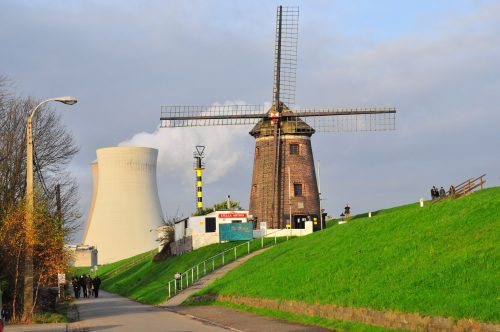 Sunday Commentary: Have we come full circle on nuclear power?

The factory is CA’s largest source of clean energy.

Regulatory licenses for the 40-year-old plant are expected to expire in 2024 and 2025, and plans have been made to shut it down.

But ironically, the station reported, â€œEnvironmental activists, scientists and elected officials raised their voices today against the closure of Diablo Canyon.

“We are once again in a climate and energy crisis,” said Isabelle Boemeke, founder and executive director of the organization Save Clean Energy. â€œThe state needs more energy, not less, and we need more clean energy, not less. “

Not everyone agrees. Some believe that “nuclear power leaves a hidden carbon footprint when you look at the production behind it.”

â€œWhen you think of uranium mining, grinding, enrichment, building the nuclear power plant with hundreds of tons of cement and concrete,â€ said Linda Seeley, spokesperson for the Mothers for Peace organization (which I have known for about 40 years and whose organization was formed to oppose Diablo Canyon).

It’s still an interesting debate now. I was a little kid in the late 1970s when Diablo Canyon was first offered. I remember stepping against her. I remember Governor Jerry Brown in his first round came to speak. And I remember countless people arrested for blocking the power station, then released and coming to our house to shower and return to the front lines.

Back then, what to do about nuclear waste, the potential for a radioactive leak – Three Mile Island had just happened, Chernobyl was in the near future – and then there were specific concerns about the California regarding the proximity of a seismic fault.

Despite protests, the issue of nuclear energy appears to divide both the environmental and scientific community.

Daniel B. Poneman is a senior research fellow at the Belfer Center at Harvard Kennedy School, argued in a 2019 article in American scientist that we cannot solve climate change without nuclear power.

“Nuclear power is by far the largest source of carbon-free energy in the United States and it has a major role to play in addressing the global climate challenge,” he wrote, warning against the need to be vigilant against the prospect of nuclear weapons collapse. in the hands of terrorists or rogue regimes. “

He said: â€œThe threat of nuclear proliferation abroad should not lead us to abandon nuclear power at home. Indeed, US nuclear leadership has always been essential in guiding the safe and responsible use of civilian nuclear energy around the world.

Not everyone agrees with this.

Fuel rods consumed remain a problem with “hundreds of radioactive waste sites in many countries that must be maintained and funded for at least 200,000 years, well beyond the lifespan of any nuclear power plant.”

Mark Jacobson in research from the University of Cambridge published by the Leonardo di Caprio Foundation states that â€œnew nuclear power costs about 5 times more than onshore wind power per kWh (between 2.3 and 7.4 times depending on location and integration issues). Nuclear power takes 5 to 17 more years between planning and operation and produces on average 23 times the emissions per unit of electricity produced (between 9 and 37 times depending on the size of the plant and the construction schedule).

Further, he argues, “it creates risks and costs associated with the proliferation of weapons, fusion, lung cancer mining and the risk of waste.” Clean and renewable energies avoid all these risks.

The question of waste storage is not trivial, the BBC noting that in Great Britain for example, “contaminated material has been kept in a temporary warehouse at the Sellafield site in Cumbria”.

â€œThe government has been trying for years to secure a site with the right geology,â€ they write. “So far no permanent landfill has been agreed – that is, after 70 years of nuclear power in the UK.”

The big question: can we do without the new nuclear?

“UK policy identifying the need for nuclear to play a role alongside renewables has been supported by many independent studies,” said a spokesperson for EDF. â€œNuclear provides low-carbon electricity when the wind isn’t blowing and the sun isn’t shining. “

“The problem has caused a bitter rift between environmentalists, with some arguing that the risk from climate change is so severe that it is worth consuming nuclear fuel, albeit with a long spoonful,” the BBC continues. “Others argue that the technology is dead and that renewables and other options can meet the UK’s needs without danger of nuclear accidents and waste.”

â€œBut removing any option from the table makes the task of meeting critical carbon targets even more difficult. It would certainly be difficult to do without nuclear power altogether. “

I have tended to contrast nuclear power throughout my life partly between the cost and the problematic nature of the waste. But the climate emergency must force us all to rethink our calculations and that probably means nuclear power must at least be considered as a potential part of the solution.