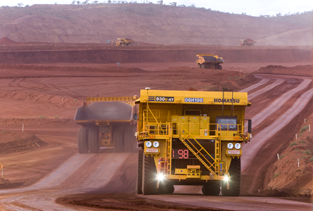 The Brazilian state of Bahia sees its mining revenues explode

The Brazilian state of Bahia saw mining sector revenues rise sharply in the first seven months of the year.

Mining revenues stood at 5 billion reais ($ 952 million), up from 2.9 billion reais in the same period last year, according to the state-owned mineral research company CBPM.

Most of the increase was attributed to the start of operations at the Bahia Mineração (Bamin) mine in January.

The mine is expected to make Bahia the third largest iron ore producing state in the country. Today, the states that produce the most iron ore are Pará, Minas Gerais and Mato Grosso do Sul.

Brazil Iron is already producing iron ore in the northeastern state, while Tombador Iron and Colomi Iron are preparing to start operations.

“Studies carried out by CBPM show that the center-west of Bahia, where Caetité [municipality] is found, is rich in iron ore, uranium and other minerals, ”said CBPM President Antonio Carlos Tramm in a press release.

“With the West-East Integration Railway (Fiol), CBPM is striving to attract more investment for the opportunities that have been identified in the region and also [conducting] studies of new mining deposits 100 km on each side of the tracks “, he added.

Earlier this year, Bamin won the Fiol concession and will complete a logistics corridor in the state connecting the railway line to the port of Porto Sul.

Bahia is the largest Brazilian producer of barite, bentonite, chromium, diamonds, magnesite, quartz, salt and talc. It ranks second and third in terms of nickel and copper production, and the state is also the country’s sole producer of vanadium and uranium.

Building the future: how China and America differ in their industrial strategy