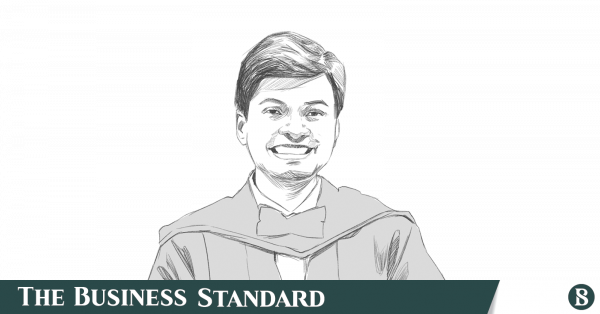 The emergence of nuclear power in Bangladesh

The emergence of nuclear power in Bangladesh could be a solution to face its future energy crisis. Photo: courtesy

The emergence of nuclear power in Bangladesh could be a solution to face its future energy crisis. Photo: courtesy

Bangladesh has made remarkable progress in the last 50 years of independence. With its growing population struggling for survival, several important questions arise, one of which is very crucial being the source of energy. Can nuclear power be an answer to Bangladesh’s growing energy crisis at a time when other energy sources such as natural gas reserves are on the brink of exhaustion?

Currently, the very first nuclear power plant is being built in the country – the Rooppur nuclear power plant in Pabna, west of the capital Dhaka. Consisting of two nuclear power generation units of 1.2 GW each, construction began in 2017 and Unit 1 is expected to be operational by 2023. It is being built by Rosatom, the Russian state nuclear company and the Bangladesh Atomic Energy Commission (BAEC), the country’s main body of atomic energy researchers, will own and oversee the management of the plant.

People often wonder whether nuclear energy is good or bad, and also whether it will benefit Bangladesh.

To answer that, you have to understand the most promising nuclear energy source: uranium. Uranium, an “actinide” heavy metallic element, is commonly found as uranium-238 in nature (U-238, high relative abundance: 99.274%), compared to other uranium isotopes of the same element with different masses. Uranium-235 (U-235, very low abundance: 0.72%), is of significant interest because it is the only fissile isotope of uranium that can be broken down into smaller elements with immense release of energy by “nuclear fission”.

Nuclear fuel comes mainly from U-238, which contains about 3-5% U-235. When U-235 is struck by slow-moving particles called neutrons, the U-235 atom becomes heavy and the unstable atom undergoes fission to produce smaller elements and generate more neutrons. These neutrons then propagate the same reaction, which multiplies the “nuclear chain reaction”.

The energy that is released in this process is equivalent to a bomb if left unchecked, but through clever design of the nuclear reactor, chain reactions can be tamed. But does uranium produce sustainable energy and secure a clean future for Bangladesh? If the answer is yes, then we have to ask ourselves where will Bangladesh get the uranium from? Do we have a mine?

From a geological point of view, the soil of Bangladesh is mainly composed of sedimentary rocks allowing only the mineralization of sedimentary deposits of uranium. Considerable research has been carried out on uranium sources in the southern region of Bangladesh around Cox’s Bazar.

A report cited that uranium levels ranging from 850.7 to 990.6 ppm in zircon and monazite (uranium ores) have been discovered underground at Cox’s Bazar, which is almost twice as high as the minerals found at Sylhet and Moulvibazar in the northeastern part of Bangladesh.

Over the past few decades, extensive research has been conducted on the prospect of mining and extracting uranium ores from Cox’s Bazar. This implies that in the future, Bangladesh may be able to supply its own nuclear fuel, provided uranium separation technologies also flourish.

About 62.9% of the electricity here is generated from natural gas, 10% from diesel, 5% from coal, 3% from heavy oil fractions and 3.3% from renewable energy sources like power solar.

But this does not mean that our sources of uranium are infinite compared to the reserves of natural gas. Of course, the amount of uranium is limited, but uranium nuclear power has several advantages over natural gas electricity.

We are all very familiar with global warming, and the burning of coal, oil and natural gas all have one thing in common: the generation of greenhouse gases such as carbon dioxide and carbon monoxide. However, nuclear chain reactions do not produce carbon dioxide during nuclear fuel cycles.

Therefore, although nuclear power plants can be difficult to start or shut down, compared to natural gas, they provide a path to clean, high-density power generation, which means that a small amount of uranium is sufficient to generate more energy per kg of fuel.

But radioactive waste decays and poses a radiological hazard to the environment, the effects of which can last for thousands of years. Some radioactive isotopes take longer to decay than others, but what about uranium? In fact, it is surprising to know that U-238 is not extremely dangerous to use, provided sufficient personal protective equipment (PPE) is in place.

It has a half-life of almost 4 billion years, the time it takes for half the radioactive isotope to decay, and emits very weak alpha radiation, the least penetrating form of radiation compared to beta and gamma.

Now, what about the radioactive waste generated at the end of the U-235 nuclear fuel cycle? Usually, radioactive waste consists mostly of toxic weapons-grade plutonium-239, which is another highly fissile isotope. Currently, based on an agreement for Rooppur, the nuclear waste will be handled by Russia. The Russian company will educate and train 1,950 people, mainly for the operation and maintenance of the plant. The plant will increase the workforce, promote understanding of nuclear science and put Bangladesh on a level playing field with advanced radioactive resource management techniques.

Recycling nuclear fuel is very difficult and expensive, requiring complex infrastructure and the careful handling of different types of radioactive waste, which for Bangladesh could be a long-term goal. This Rooppur power station will be the gateway for Bangladesh to open many other nuclear power stations of this type in the future.

Entering the field of nuclear power generation technologies will make Bangladesh energy efficient and help it on the path to sustainability. The emergence of nuclear energy in Bangladesh can be a solution to deal with its future energy crisis and to greatly support its growing population.