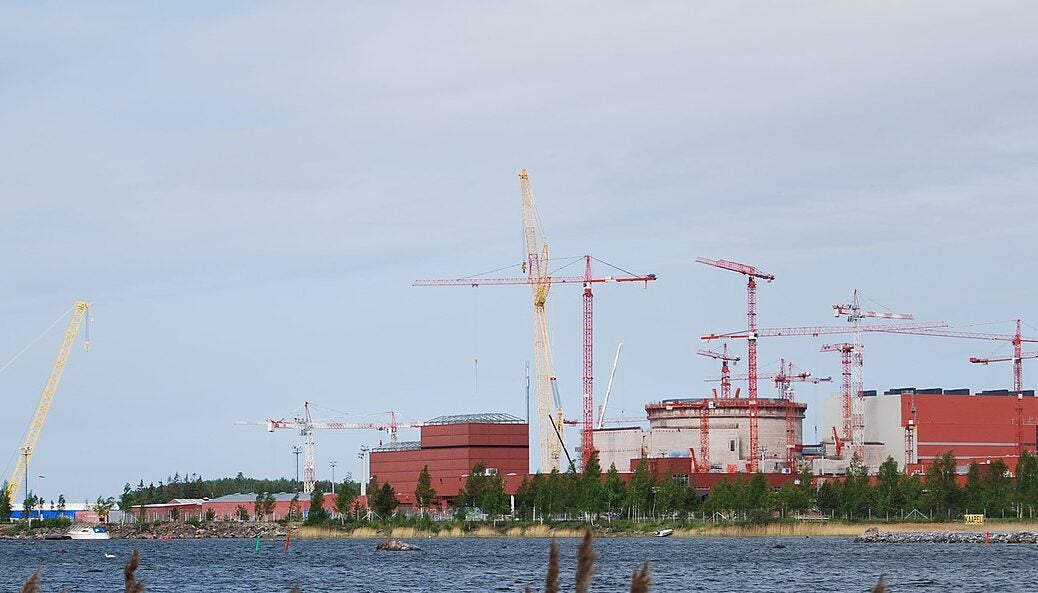 The future of nuclear

Nuclear power is increasing worldwide, with figures from the International Energy Agency (IEA) showing that global energy production from nuclear sites increased by 3.5% in 2021 compared to levels of 2020, recovering from a nearly 4% decline seen following the pandemic. Yet the IEA also said current levels are not on track to help meet global decarbonization targets, and that a doubling of annual capacity will be needed to meet that target.

Although there has been recent debate about the nature of green nuclear power, several countries have already made it a key part of their future energy landscape, with the World Nuclear Association estimating that there are 55 new nuclear reactors under construction in the world. While the majority are planned in Asian countries, nations on almost every continent have such sites planned, with a total capacity of around 100 GW on the horizon for nuclear power projects.

So what are some of the sites that will go live in the next few years? We take a look.

Finland’s Olkiluoto 3 (OL3) nuclear reactor, a European pressurized water reactor, is the first newly commissioned nuclear power plant the country has seen in more than 40 years. The much-delayed unit began critical duties in December last year, with full integration into the national grid expected at the end of this month – although updates on an exact start date have yet to be announced. been confirmed.

The project was originally scheduled to open in 2009, but technical difficulties led to continued delays and a loss of around $2.8 billion, with commissioning finally confirmed in 2014.

According to site operator Teollisuuden Voima (TVO), OL3 is “Finland’s biggest climate act”, using lessons from the French and German N4 and Konvoi factories to ensure maximum safety and reliability. Once fully operational, the unit will satisfy 14% of the country’s electricity demand, with a net electricity production of approximately 1,600 MW.

The site joins units OL1 and OL2, located west of the island of Olkiluoto, with the combined capacity of the three units contributing 30% of Finland’s electricity production.

Nuclear energy makes up a large share of Finland’s energy mix, with GlobalData estimates showing that consumption has grown by an average of 2.6% per year over the past decade, reaching 103.3 TWh in 2020. As the majority of Finland’s nuclear energy must be imported, the successful implementation of OL3 should boost domestic value and improve the country’s energy security.

The Central Argentina de Elementos Modulares (CAREM) project is Argentina’s first nuclear power plant designed and developed in Argentina, with approximately 70% of the components sourced from local manufacturers. The prototype unit is expected to have an initial output of 25 MW, which should be followed by a larger version, 100 MWe or possibly 200 MWe, in the northern province of Formosa.

Data, insights and analysis delivered to you
See all newsletters
By the Power Technology team
Subscribe to our newsletters

The total cost of the project is estimated at 446 million dollars (3.5 billion ARS).

The first concrete was poured for the unit in 2014, but the project has been plagued with delays due to breach of contract, late payments and design changes. Continued construction was announced in April 2020 and the reactor completion contract signed in July 2021.

The unit is a simplified pressurized water reactor, designed by the National Atomic Energy Commission (CNEA). By integrating the unit’s cooling system inside the reactor vessel, the design aims to reduce loss of coolant accidents and also means that no pumps are needed in the unit, which which provides additional protection against core meltdown. Currently, Argentina has three nuclear reactors generating about 5% of its electricity. Alongside CAREM, the CNEA plans to build a 100 MWe CAREM reactor near Formosa in Argentina and a larger 300 MWe version for export.

Bushehr Nuclear Power Plant (BNPP) is Iran’s first commercial nuclear reactor. An agreement between Tehran and Moscow for the construction of the 1,000 MWe light water reactor was initially signed in 1994; however, political upheaval due to the Iranian Revolution and the Iran–Iraq War caused the country to suspend construction. The German company Siemens, which initially agreed to build two reactors for the project, also pulled out due to political pressure from the United States.

After this period of turmoil, Russian state-owned Rosatom took over from Siemens and completed construction of a reactor in 2012, with two additional units under contract in 2014 with an expected completion date of 2024.

The two VVER-1000 units will be built with Generation III+ technology, including the latest security features, and will have a combined capacity of 2100MWe. According to estimates by the Atomic Energy Organization of Iran, nuclear energy will supply between 8 and 10 percent of the country’s electricity once these units are commissioned.

The cost of the project is estimated at around $10 billion.

Construction of Rosatom’s 300 MW nuclear power plant began last June in Seversk, in Russia’s Tomsk region. According to the oil major, the site will be a game changer for the industry in its ability to recycle its own waste.

The unit will use a mixed fuel of uranium and plutonium nitride and will incorporate a lead-cooled fast neutron reactor, known as Brest-OD-300. When completed, the project is expected to demonstrate a closed fuel cycle with a fast reactor, fuel fabrication and recycling facility contained within a single site. As such, it is hoped to answer the lingering question of what to do with spent nuclear fuel.

As construction began, Mikhail Kovalchuk, chairman of the National Research Center of the Kurchatov Institute, said the project would take nuclear power “to a new level”.

At the groundbreaking ceremony, Alexey Likhachev, General Director of Rosatom, said: “The successful implementation of this project will enable our country to become the world’s first owner of nuclear technology that fully complies with the principles of sustainable development in terms of environment, accessibility, reliability and efficient use of resources.

The BREST-OD-300 reactor is expected to enter service in 2026, with the fuel production facility to be built by next year and construction of a spent fuel reprocessing module to start in 2024.

The entire complex is being built as part of Rosatom’s “Breakthrough” project, which was set up to accelerate nuclear energy in the country and develop technological solutions for its deployment.

EDF’s Hinkley Point C is the first new nuclear power station built in Britain for over two decades and has been hailed by the energy major as a ‘significant milestone in the revitalization of [the] the nuclear energy industry.

The site plans were announced over 10 years ago and received government approval in 2016.

While initial estimates for the cost of the station were around £18 billion in 2016, ongoing revisions have seen this figure rise. Estimates from January 2021 showed the projected construction cost was now £22-23bn, to be paid over a 35-year period.

The site will consist of two units, expected to provide enough electricity to meet the demand of six million homes in the country, with the twin units expected to generate 3,260 MW of electricity for a lifespan of 60 years. The project is also expected to make a major contribution to UK emissions reduction strategies, with EDF estimating that the site will offset nine million tonnes of CO2 emissions each year.

Hinkley Point A ceased generating power in 2000, while Hinkley Point B will be decommissioned no later than July 2022, having reached its end of life.

A worldwide success. At home in Germany.