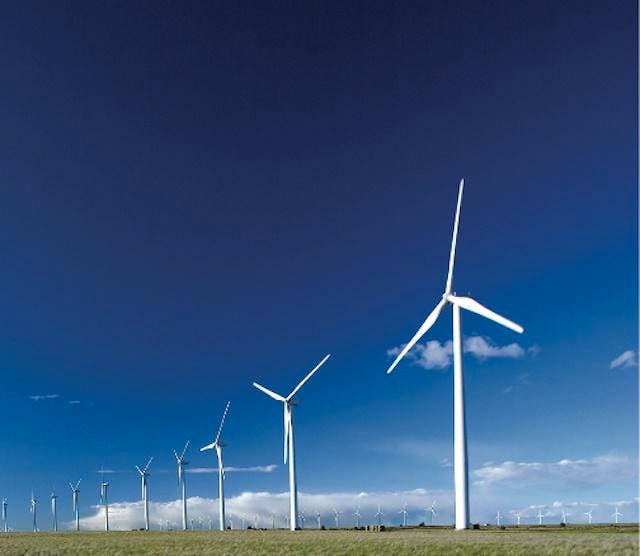 The International Energy Agency published an interesting, but bizarre article, roadmap for decarbonization the global energy sector by 2050. The bizarre part comes from some of their assumptions, projections and recommendations for achieving net zero emissions (NZE), some of which seem to contradict some of their recent recommendations.

Much has been written about the study, including many skeptical responses (see Robert Bryce’s Discussion in true clear energy). The skeptical part comes from the IEA projection that total global energy consumption will decline over the next 30 years, when all indications are that it will increase as nearly 3 billion more people are born requiring 10,000. additional billion kWh / year, and that the billion or so of today’s energy poor will increase (and should) increase their energy use and move up into the middle class, requiring another trillion kWh / year ( see figure below).

The energy mix projected by the IEA in 2050 to reach the NZE is 20% fossil fuels, 66% renewable divided between wind, solar, hydroelectricity, bioenergy and geothermal, and about 15% nuclear.

Although fossil fuel use drops to a quarter of its current value to reach the NZE, it is not close to zero. Much of the remainder is used in applications where the fuels are not burned and therefore do not result in direct CO2 emissions. Some of the rest use carbon capture and sequestration, and significant amounts are still used in the production of non-energy goods or in sectors where alternatives are particularly difficult to use, such as heavy industry and long-haul transportation.

In addition, by 2035 there will be no sales of new passenger cars with internal combustion engines. The NZE scenario assumes that we are opening 20 gigabyte battery factories each year by 2030 to meet the demand for batteries for electric cars in the NZE, something we could actually do. But there’s no way to build the 3 billion electric vehicles by 2035 to replace internal combustion engines – most projections indicate that only 500 million.

The problem is, the world doesn’t seem to agree with the IEA’s hopes, certainly not on time. China is still building significant amounts of coal and gas, as well as a lot of everything else, including 180 large nuclear power plants (a very encouraging sign). China’s energy consumption is expected increase continuously until at least 2035, while they hope to cap their ever-increasing coal consumption. They don’t expect to cap their growing natural gas consumption before 2040, and they don’t expect to reach net zero emissions until 2060 at the earliest.

The energy of India will continue to climb too, even after doubling between 2000 and 2020, especially to lift most of their population out of poverty, which will require almost as much energy as China is currently using because India’s population will exceed that of China In the coming years. The pandemic is still hitting them hard and delaying both economic recovery and their path to a net zero future.

The same is true in Africa, where most global population growth will occur over the next few decades. Africa, too, will overtake the population of China. Again, this will take a lot of energy.

So if the IEA’s roadmap to NZE depends on a decline starting next year, we will be very disappointed.

Of course, the IEA projection is really a requirement for decarbonization, regardless of its likelihood of occurrence. But the biggest mistake they made is does not encourage enough nuclear expansion.

The report says nuclear power will make a “significant contribution” to their net zero emissions scenario and provide a “critical foundation” in the transition to a net zero energy system. But they only foresee a doubling of nuclear power to a meager 8% of total production by 2050.

Nuclear must be triple or quadruple which have a chance to reach NZE. The report also notes that failure to make timely decisions on nuclear power “would increase the costs of a net zero emissions trajectory and increase the risk of not meeting their target.” The IEA even criticized Spain for its decision to gradually withdraw from its nuclear fleet by 2035.

Instead, the IEA’s NZE scenario places too much trust in uncertain, untested, or unreliable technologies, and does not reflect both the scale and scope of the contribution nuclear technologies could make. It’s no surprise that China is considering so many nuclear power plants.

The IEA report notes that to meet the NZE target by 2050, global investments in clean energy will need to triple by 2030 to around $ 4 trillion per year. They don’t specify who would pay for it.

Sama Bilbao y LeÃ³n, Director General of the World Nuclear Association, commented on the IEA report. â€œThe IEA makes it clear that nuclear power will be an essential component of a global net zero emission energy transition. Governments must now take action to ensure that nuclear energy can play a major role in the clean energy transition to which so many are now committed. “

An important part of this will be the expansion of the operations of existing nuclear reactors, as “they are one of the most cost effective sources of low carbon electricity”. The report also recognizes the importance of small modular reactors and other advanced reactor designs.

Nuclear power is currently the second largest source of clean electricity in the world, the first in developed countries, one that has proven itself in the decarbonization of production mixes. The uncertainties surrounding other low-carbon technologies, and the difficulty of changing human behavior, should push the IEA towards more ambitious targets for nuclear energy.

The nuclear industry has a plan in which nuclear power would provide at least 25% of the world’s electricity by 2050, requiring the deployment of 1,000 gigawatts of new nuclear, at build rates no greater than those already achieved. The goal also requires that today’s reactors be maintained as long as they are safe – which is a long time since the design life of current reactors was around 80 years, not 40 years as of many anti-nuclear activists and politicians keep repeating it.

But nuclear power is also good in other areas, such as carbon-free heat generation, thus addressing decarbonization well beyond electricity generation, which the IEA does not mention at all. Nuclear reactors already provide steam for district heating in places like Sweden and produce fresh water through desalination. The new reactors can provide heat and raw materials for the chemical, steel and concrete industries, fuels for heavy transport (navigation and aviation) and can generate hydrogen directly.

Instead, the IEA hopes that many of them can be addressed through carbon capture, most whose attempts failed.

The future of the IEA also relies too much on wind and solar power, not to mention the need for back-up production or energy storage with overall management of the network on a scale much greater than what has been demonstrated, whether in terms of cost, reliability or practicality. The reliability problem is probably the worst. The most recent E3 Northwest Resource Adequacy Study have shown that the wind in regions with a true winter can only be used 7% of the time in bad weather, when energy is needed most. Ask Texas.

In addition, an expansion of wind, solar and batteries to this degree will strain the supply of essential minerals they need, especially lithium, cobalt, neodymium and even steel. that the IEA itself has pointed out. in a recent report who pointed out that nuclear is the low carbon technology with the lowest mineral intensity and the smallest footprint.

The IEA must follow its own advice and recommend more nuclear builds faster than we anticipate. Or their decarbonization strategy will go up in smoke.

If this happens, we will have to follow plan B.