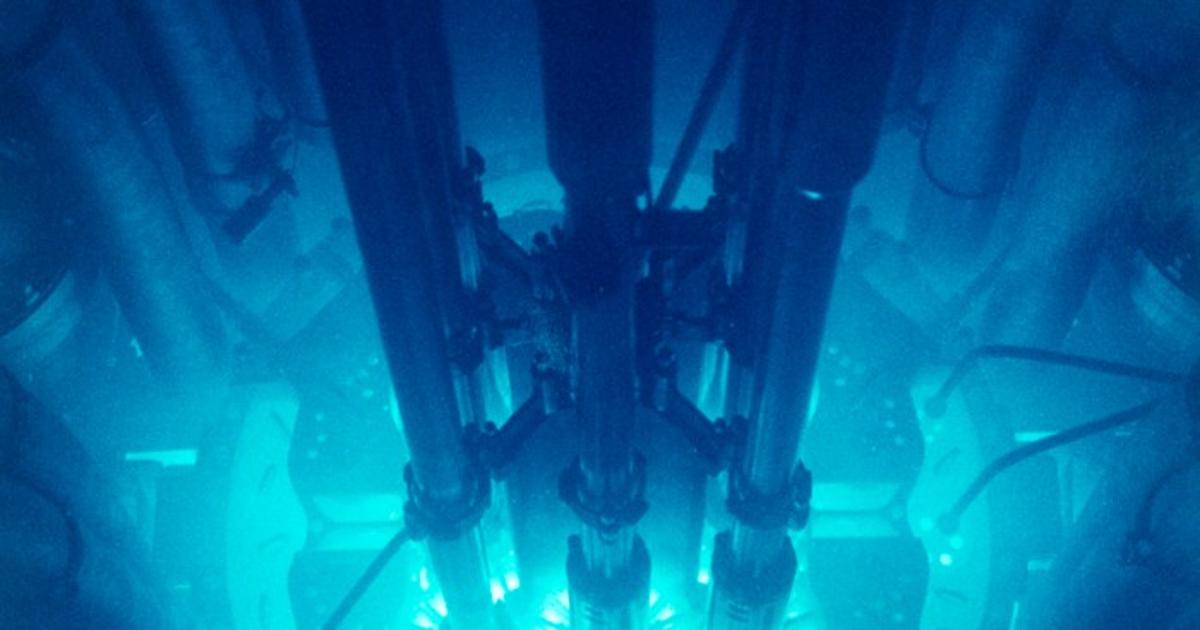 The new era of nuclear power

As governments around the world recognize the urgent need to reduce greenhouse gas emissions, nuclear energy promises to be an increasingly important player in the energy mix for the coming decades. But, for many people, what nuclear power technology is today and what it will be tomorrow is only vaguely understood. So how do nuclear reactors work, and can the atom become “our friend” again?

On December 2, 1942, under the University of Chicago’s Stagg Field football stadium, Chicago Pile 1 (CP-1) was activated, becoming the world’s first nuclear reactor. Today, 78 years later, 440 reactors generate more than 10% of the world’s energy, and another 50 reactors are currently under construction.

Along with this important role, nuclear power has developed a bad reputation. This is due to a number of complex factors. Nuclear power is still a mysterious thing to many people, it is associated with radioactive waste and nuclear weapons, and is still burdened with decades of Cold War propaganda, as well as three highly publicized reactor accidents in the United States. United States, USSR and Japan.

In the West, reactor construction and development slowed at a breakneck pace during the last decades of the 20th century, but the industry may be on the verge of a rebirth. Despite its reputation, nuclear power has many advantages. It’s not just carbon-free and emissions-free. It produces huge amounts of energy with a very small surface footprint. It can be established in any region. And, surprisingly, it has the lowest death rate per kilowatt of any energy source.

How does nuclear power work?

All nuclear energy today is based on the principle of nuclear fission, which is simply when a heavy, unstable atom splits into two smaller atoms. It happens naturally everywhere, even in molecules in our own body, but in a nuclear reactor this division of atoms occurs on a much larger scale.

A typical nuclear reactor consists of a core made of fuel rods containing pellets of enriched uranium or plutonium. Enriched means that the uranium has been processed in a centrifuge to increase the ratio of fissile uranium-235 atoms to non-fissile uranium-238. These fuel rods are packaged together, interspersed with control rods made of cadmium or other materials, and submerged in water inside a containment vessel.

Inside the nucleus, uranium atoms divide naturally. In doing so, some of the powerful forces that bind an atom together are released as gamma rays, along with a pair of neutrons. When neutrons fly, water acts as a moderator. That is, it slows down these neutrons, increasing the chances that they will interact with other uranium atoms.

If one of these neutrons is absorbed by a uranium-235 atom, that atom becomes unstable and divides, releasing more energy and more neutrons. This cascade of dividing neutrons and atoms turns into a chain reaction, releasing enough energy to power a city for decades. To prevent the reaction from breaking out and melting the nucleus, control rods can be inserted to absorb neutrons and dampen the output.

It all involves a lot of very involved physics, but the result is essentially a giant tea kettle that heats the water. This hot water passes through a heat exchanger to heat another water loop to create steam, which then spins a turbine that powers a dynamo to generate electricity.

Basically, that’s what nuclear power is – a way to generate steam. However, there are currently a number of reactor designs in service that date back to three generations of technology – Generation I was the first prototypes, Generation II was the first commercial reactors, and Generation III is essentially Generation II with more features. advances. A fourth and a fifth generation of advanced reactors are now on the way. In addition to these power reactors, there are others for special purposes, such as research reactors and reactors designed to produce military-grade plutonium, as well as others to produce radioactive isotopes for great variety of applications, such as medicine.

In this article, we’ll take a look at the types of reactors in use around the world today, before we look to the generations to come, as well as the issue of nuclear waste, in the weeks to come.

Without claiming to be exhaustive, here is an overview of the operation of the main types of reactors in service today. One thing to keep in mind is that some of these basic designs date back to the 1950s and have been in continuous development for over 60 years to make them safer and more efficient.

The most common type of reactor is the pressurized water reactor (PWR), which was originally developed in the United States to power nuclear submarines, and is now used in 20 countries. This is the design described above, where water is used both as a moderator and as a coolant.

In modern PWR designs, the fuel is enriched to about 3.2% uranium 235 and formed into pellets weighing about 10 grams, which are sealed in zirconium alloy bars. The stainless steel container that surrounds the reactor is designed both to seal off all nuclear material and to serve as a pressure vessel that maintains liquid water at a higher temperature like a pressure cooker, for greater efficiency. The container, in turn, is sealed in a steel and concrete shield to contain the contents of the reactor even in the event of a meltdown.

In older PWR designs, the cooling water left the shield and was used for power generation. To keep the heart cool, water had to be actively pumped at all times. Both of these have created security concerns, as shown in Three Mile Island disaster, subsequent reactors therefore used a series of heat exchanger loops and passive back-up water circulation systems to keep the core cool even in the event of a complete shutdown.

The next most common reactor, known as a Boiling Water Reactor (BWR), is simpler and inherently less safe than a PWR. As the name suggests, the water in the cooling loop is allowed to boil and the steam goes directly to the turbine from the containment shield before being recondensed and looped back to the reactor. This increases the risk of radioactive contamination.

There are 10 countries that use the BWR design. One of them is Japan, and the Fukishima disaster in 2011 involved six BWR reactors built in the 1960s and 1970s that were already considered obsolete in terms of safety when a tsunami and earthquake destroyed the reactor complex.

A variation of the water-cooled and moderated reactor is the pressurized heavy water reactor or Canada Deuterium Uranium (CANDU). This design is, as it says, from Canada and uses unenriched uranium. Instead of ordinary water, the reactor uses heavy water, where many hydrogen atoms have been replaced by an isotope of hydrogen called deuterium. Heavy water is less likely to absorb neutrons, so less enriched fuel is needed. In addition, heavy water itself creates neutrons, which makes the nuclear reactor slower, more stable and easier to control.

Two of the earliest types of commercial reactors are the Magnox and the Advanced Gas Reactor (AGR). They are the direct descendants of the first Chicago atomic cell in 1942 and were built in Britain from 1956 to 1971. Like the CP-1, they use graphite blocks as a moderator, although the fuel, which is uranium metal, or uranium oxide, is sealed in magnesium alloy or stainless steel drums rather than in rods.

For cooling, these reactors use carbon dioxide. Since the first Magnox reactor was designed primarily to produce plutonium, it was not very efficient. The AGR was therefore created to operate at a higher temperature in order to obtain better production of steam to operate the turbines.

Also known as Reaktor Bolshoy Moschnosti Kanalniy (High Power Channel Reactor), the RBMK was developed in the USSR at roughly the same time as the Magnox and shares some design features, although it is a completely different machine. The RBMK uses a very large water-cooled graphite core composed of approximately 1,700 vertical channels containing uranium oxide enriched to 1.8 percent uranium-235. The water is circulated under pressure and then used to generate steam.

Although a large number of RBMKs still operate in former Soviet countries, their infamously dangerous design was demonstrated by the Chernobyl disaster in 1986, when engineers violated safety protocols during a simulated power failure test. , resulting in the core of one of the reactors in the complex being ruptured by a pair of steam explosions, followed by the fire of the graphite moderator.

Today we are witnessing the emergence of Generation IV reactors, closely followed by Generation V. These include modular reactors that can be built in factories rather than on site; pebble bed reactors, molten salt or lead cooled reactors, and reactors that use fast neutrons to create more fuel than they consume. These reactor designs, which we’ll take a closer look at in a future article, share the goal of making nuclear power plants inherently safer, cheaper, more efficient, faster to build, and much less nuclear waste.

In the 1950s, it was common to hear about the coming atomic age that would produce all kinds of wonders. This has not happened, but if nuclear technology can advance in the design of reactors, the provision of a sustainable source of fuel and a satisfactory answer to the question of nuclear waste – with the possibility of an energy of practical fusion added to the mix – then maybe a less idealistic version of this atomic age will emerge in the 21st century.

We will continue our look at the new era of nuclear power next week.