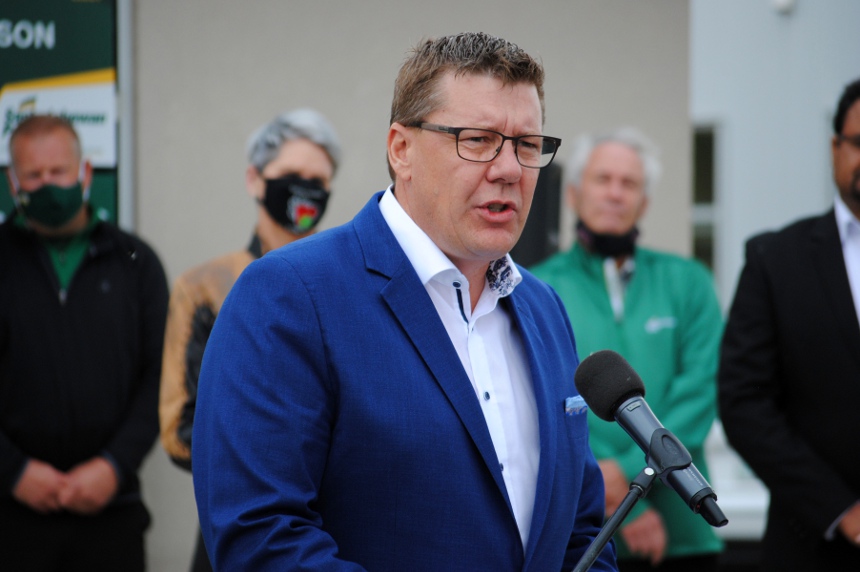 On Saturday, Prime Minister Scott Moe began traveling more than 11,000 kilometers from Regina to Dubai in the United Arab Emirates (UAE) on a trade mission.

This is the second time during the spring session that the Prime Minister has flown to another country.

Earlier this week, Moe said there were several reasons for the trip. The first is that the province hasn’t done much on trade missions for a few years due to the pandemic. The second arrived early.

“We know there’s a frontrunner advantage around the world for provinces that show their products, that show early, and that’s turning out to be the case in Saskatchewan,” Moe said.

The Prime Minister also mentioned that Dubai was already a big customer for Saskatchewan. Moe said exports to the UAE were up more than 50% year-on-year. And last year, Saskatchewan’s export value to the UAE was $636 million and the province was also the largest supplier of canola seeds and lentils to the UAE.

“It’s an important and emerging market for us in the province, primarily agriculture, but interest is growing, given some world events, particularly for uranium, as well as some other products here,” said said Moe.

Moe also talked about the similarities between the UAE and Saskatchewan when it comes to things like the oil industry, he says there is some interest in Dubai for carbon capture and storage and thermal projects .

To that end, Moe suspects that Saskatchewan could play a leading role in COP-28 to be held in the United Arab Emirates next year.

“(It’s important to stress this point) given some of the innovations that we have, not only in the oil industry but also in mining, also with the availability of zero-emission uranium for nuclear energy ( and) also with the opportunities we have with increased agricultural exports and trade,” Moe said.

Moe argues that the trade trips undertaken by his government are necessary, complaining that the current federal government is not pushing Canadian – and therefore Saskatchewan – products like the previous government did.

“And so we made a conscious choice…that we’re going to advocate on our behalf here in the province and we’re going to create this province-to-nation relationship,” Moe said.
“As a province, we are most certainly capable of doing it and we are going to do it ourselves. »

While there, Moe is expected to speak at the world’s largest pulses industry event, the Global Pulse Confederation.

Moe is expected to return to Saskatchewan on Wednesday.