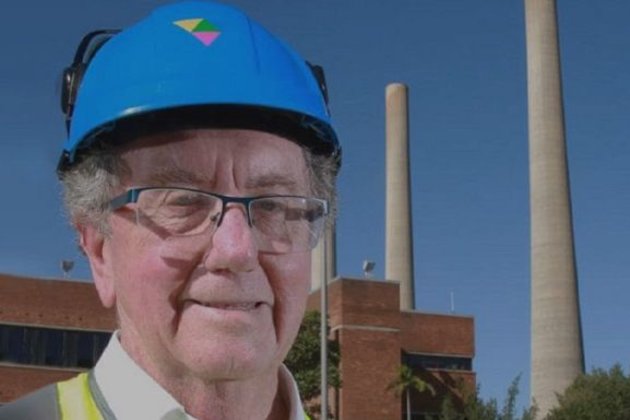 Trevor St Baker and the last push for nuclear power

After quickly following the Morrison government’s ill-defined new deals to obtain nuclear technology from its British and American alliance partners (AUKUS), we have witnessed a new push from nuclear advocates for a national nuclear industry.

Senator Matt Canavan, the Australian Workers Union (UTA) and coins appearing in the Murdoch media led the charge. There was also a confusing link made by the Deputy Prime Minister Barnabé Joyce about ABC insiders.

In response to a question on the decarbonization of the economy and what it means for the regions, Joyce said:

That doesn’t make much sense unless it’s a clear clue as to the government’s intentions in relation to an undisclosed national nuclear initiative. Or am I reading too much in there?

Maybe not. Not so long ago, the Minister of Energy Angus taylorthe investigation of a new nuclear energy sector took place. Submissions from the nuclear industry and their lobbyists have been widely sentenced as containing cargoes of disinformation regarding the cost of nuclear versus renewable energies and the greenwashing of the carbon footprint. The Committee, however, advised a partial lifting of the permanent ban on nuclear energy for “new and emerging technologies”.

National media and Murdoch support nuclear power ahead of COP26

On September 1, 2021, Senator Matt Canavan called on Australia to boycott the 2021 United Nations Climate Change Conference (COP26) to be held in Glasgow in November.

The main “new and emerging technology” is a reference to small modular reactors (SMRs), designed specifically to supply basic energy to the grid via a network of nuclear generators. It turns out that Taylor leaked information to a far-right media on the need to develop this sector in Australia with the cooperation of the expertise of the United Kingdom, even with the help of our nuclear agency ANSTO. And here is a key player in this debate in Australia – the CEO of the business set up to develop this industry, Trevor St Baker.

Regarding his recognized need to decarbonize our economy, Mr. St Baker is on the verge of save for asserting that “to reduce CO2 we must go nuclear” and that a rush for renewable energies would be a disaster for the electricity grid. He argues that “intermittent” renewables are expected to deliver just over “25% per year anytime soon” and that “electricity supply grids need synchronous generation for at least 40% of power. demand for electricity at any time “.

Inherent in this thinking is that a distributable renewable energy system supported by batteries cannot meet a base load demand (24 hours), a common theme voiced by other nuclear and fossil fuel lobbyists but a growing argument nonetheless on unstable ground. Nevertheless, the nuclear lobbying effort is trying with all its might to gain momentum.

St Baker, depending on how you look at him, is a very intelligent, one of Australia’s richest, or extremely “well connected” businessman. His stance on energy seems to many incongruous, attack banks to withdraw support for new fossil fuel companies on the one hand while investing substantially in renewable projects such as EV charging stations through his Energy innovation fund.

His purchase of Vales Point Power Plant for $ 1 million and subsequently made a profit of about $ 100 million in five years surpassed accepted notions of plant life. It now boasts of contributing 20% ​​of the retail electricity market in New South Wales. He also owns gas-fired power stations across Queensland where he has also been instrumental in the establishment of the onshore LNG sector.

Nuclear power is a workhorse for gas

The recently appointed chairman of the Climate Change Authority, Origin Energy boss Grant King, has once again raised the idea that nuclear power is an important policy option for Australia.

But St Baker had the advantage of starting his career in the Public Service in energy, with 23 years of service until 1980 in Queensland and NSW. Here he initiated power plants and energy departments as well as the deregulation of purchasing of the energy sector in Queensland.

Obviously well informed by this experience, St Baker left the public service and founded ERM Consultants Pty Ltd, Australia’s leading energy consulting firm. In 2006, he created ERM Power Pty Ltd (renamed Sunset power in 2013) which became Australia’s largest energy retailer, expanding into the United States. He sold this to which was then sold to Shell eight months ago. He still sits on the Sunset Power Board of Directors as a non-executive director and vice president.

Trevor is familiar with the energy market, but he has also done his share of lobbying, as has the nuclear industry in Australia and abroad.

In terms of political donations, the St Baker Family trust has given some $ 323,000 to both sides of politics over the past three years, the majority at Queensland LNP, while the ALP has received some $ 110,000 – about a third of the total.

St Baker chaired the National Generator Forum for three years until 2013, an organization that represents electricity producers in the National electricity market. He had a post of administrator with the Queensland Resource Council (until 2015) and currently holds non-executive director positions on the board of the Energy Policy Institute of Australia Limited (PEV), two important lobbying organizations for the fossil fuel sector. A glance at the PPE website shows that they are pushing hard for Nuclear power.

The government is scrambling to find a solution to Australia’s nuclear waste problem with a new bill being passed in the Senate.

The Australian Nuclear Association (ANA) is our main nuclear pressure group whose views on the need for a national nuclear industry reflect the views expressed by St Baker, including the view that SMR reactors are more or less “ready to go”. Their latest media claim that a survey was conducted showing that “Australian support for considering nuclear power reaches 70%”. However, the polls mentioned were conducted by the party affiliated with the Liberal Party. Menzies Research Center, this is hardly an independent poll given the government’s previous position on the issue and given the The position of the center that ‘nuclear power is beautiful’.

Like the international fossil fuel lobbying network, there are national and international organizations that operate in tandem in the nuclear sector. The ANA is affiliated with the World Nuclear Association (WNA) who, it seems, is leading an intensified public relations campaign to open up new markets for nuclear power. The focus is on the technology of small modular reactors, heralding the first reactors of this type in Russia in December 2019 and is now the most affected by problems with the licensing and design of SMR. Other themes include the suitability of such technology for quick changes in energy systems in response to climate challenges.

Of course, that’s what St Baker is banking on, literally with their massive investment in SMR technology. It is clear that the ruling political party in Australia would very much like to support the nuclear transition as quickly as possible. The only real stumbling block is Labor opposition to the concept, public opinion and our support for the Nuclear Non-Proliferation Treaty.

This last one is not a solution according to the WNA, the provision of guarantees can be mandated and the issue of public opinion is dealt with by the Liberal Party spin merchants. So in reality we end up with the ability of Parliament to hold the government to account.

Since St Baker has never really bet on a losing horse, never has the outcome of an upcoming election been more important to the future of our country.