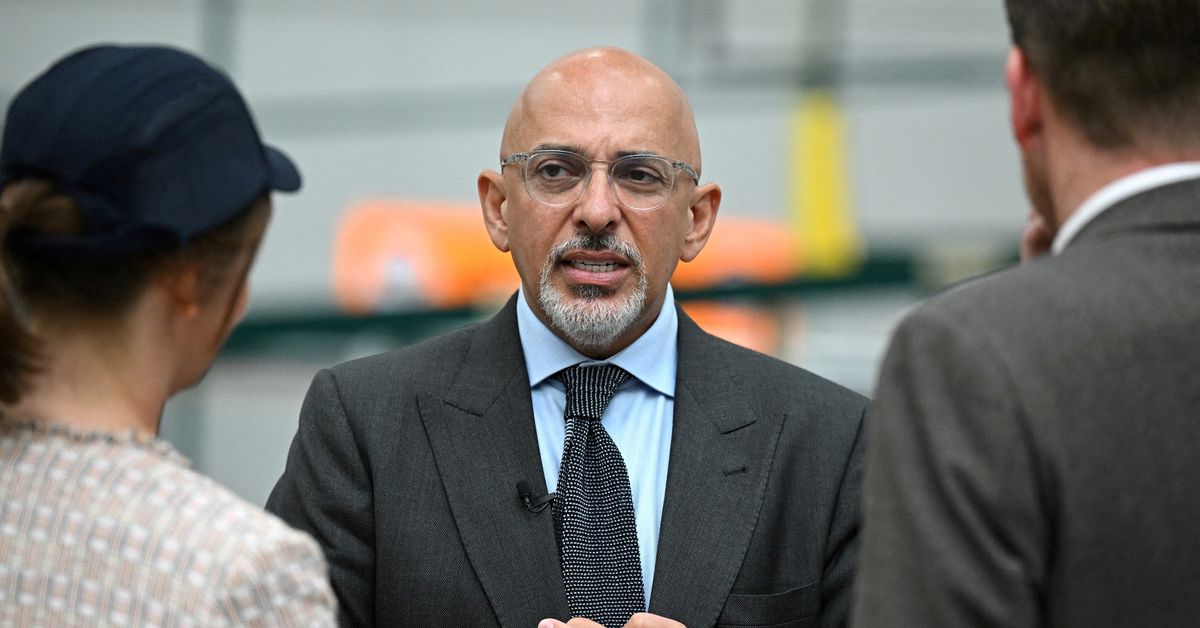 Aug 13 (Reuters) – Britain’s Finance Minister Nadhim Zahawi has told Treasury officials to work on a multi-billion pound package that could see another 400 pounds ($485.20) cut in utility bills. energy, The Times reported on Saturday.

According to the newspaper, the chancellor is working on a proposal for government-backed loan schemes for suppliers, which would lead to a reduction in the energy price cap from January.

The new proposal will change the way the country’s energy regulator, Ofgem, determines the level at which the price cap should be set by removing a compensation that suppliers charge consumers, the newspaper said.

The cost would instead be paid for by funding facilitated by the Treasury and the Bank of England, the Times added.

The Treasury has previously said it is working on options for energy support that the country’s new leader may consider. Current Prime Minister Boris Johnson, whose successor will be appointed on September 5, has said he will not make any new budget commitments before leaving office.

The new measures are being drawn up to be ready when either Liz Truss or Rishi Sunak are announced as the new prime minister, the Times quoted a senior government source as saying. Both candidates announced their own plans to help struggling households pay their fuel bills.

Sunak has promised to boost an existing £15billion ($18.20billion) support package aimed at helping Britons with energy costs set to rise 150% from current levels by April 2023. While Truss did not commit to increasing direct-to-consumer payments, it said it would do everything possible to ensure people can pay their bills, including removing some environmental surcharges. Read more

Sunak clarified his energy plans on Saturday saying he would deregulate fossil fuel production in the North Sea, reduce energy waste by insulating more homes and reform licenses for wind, solar and solar power generation. and nuclear at sea. Truss argued that lowering taxes as soon as possible is the best way out of the current crisis. Read more

Reporting by Akanksha Khushi in Bengaluru; Editing by Daniel Wallis