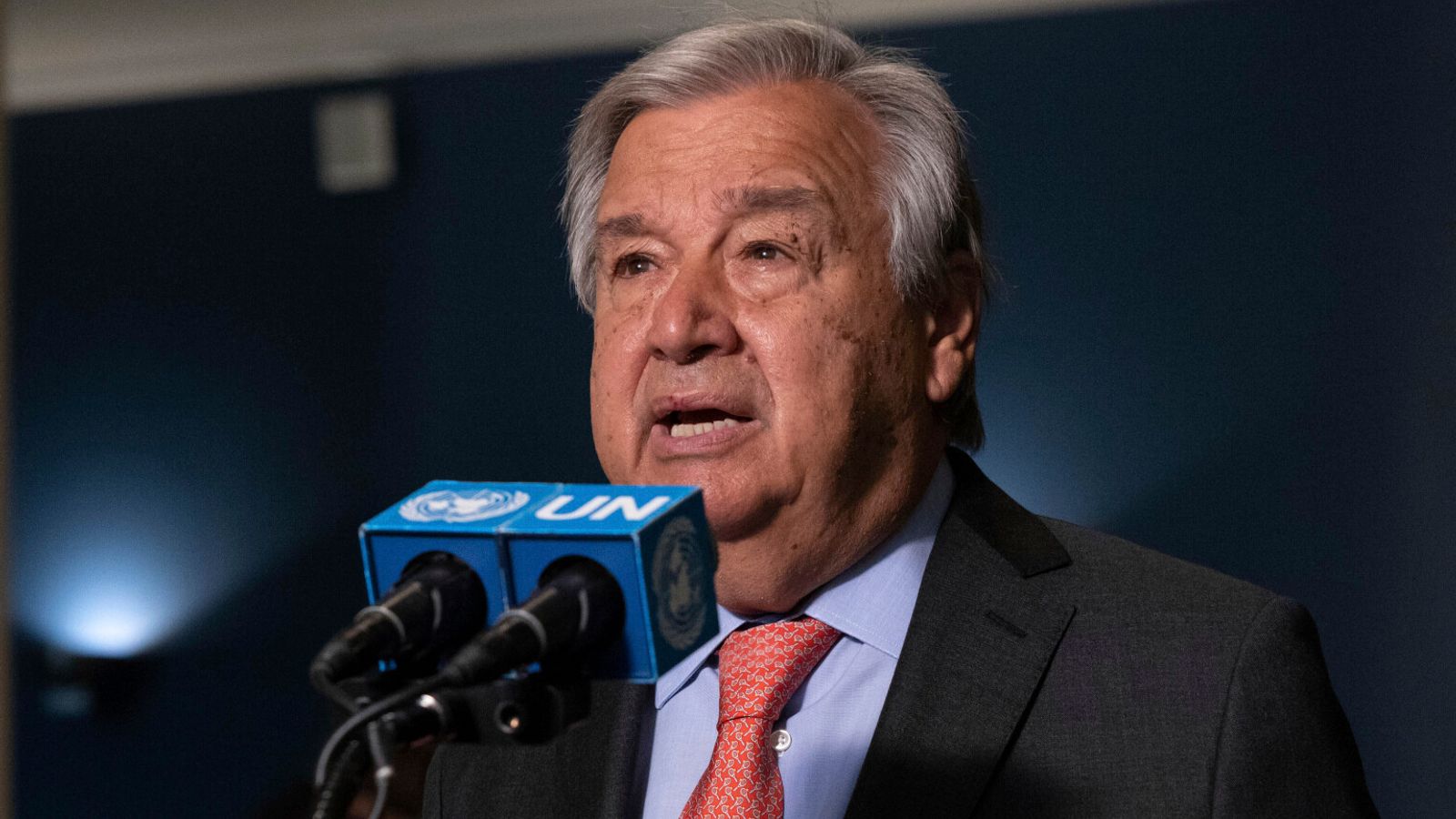 Humanity is “just a misunderstanding away from nuclear annihilation”, according to the UN chief in a stern warning.

It comes as America accuses Russia of using Ukraine’s biggest nuclear power plant, which it seized at the start of the war, as a “nuclear shield” in its attacks.

US Secretary of State Antony Blinken said Washington was “deeply concerned” that Moscow was now using the Zaporizhzhia plant as a military base and firing on Ukrainian troops around it.

He said: “The Ukrainians cannot retaliate for fear that there will be a terrible accident involving the nuclear power plant.”

He said: “All of this at a time when the risks of proliferation are rising and the safeguards to prevent escalation are weakening.”

Mr Guterres spoke of the need to tackle “latent tensions” in the Middle East and Asia.

“By adding the threat of nuclear weapons to ongoing conflicts, these regions are headed for disaster. We must redouble our support for dialogue and negotiation,” he continued.

He said today that humanity was ‘just a misunderstanding, a miscalculation away from nuclear annihilation’.

He was speaking at the UN to discuss the Non-Proliferation Treaty (NPT), which came into force in 1970, aimed at preventing the spread of nuclear weapons and ultimately achieving a nuclear-free world.

He told ministers, officials and diplomats in New York that the month-long conference was being held “at a critical time for our collective peace and security” and “at a time of nuclear danger not seen since the height of the cold War”.

Which countries have nuclear weapons?

Under the NPT, the five original nuclear powers – the United States, China, Russia (then the Soviet Union), the United Kingdom and France – agreed to negotiate for the elimination end their arsenals.

And nations without nuclear weapons have promised not to acquire them in exchange for a guarantee that they can develop nuclear energy for peaceful purposes.

It has the broadest membership of any arms control agreement, with 191 member countries.

India and Pakistan, which did not join the NPT, continued to have nuclear weapons programs, as did North Korea, which ratified the pact but later announced its withdrawal.

Non-signatory Israel is suspected of having nuclear weapons but has not confirmed or denied it.

The New York meeting is “an opportunity to define the measures that will avert certain catastrophes and put humanity on a new path towards a world without nuclear weapons”, Guterres said.

“Future generations are counting on your commitment to come out of the abyss,” Guterres said.

“Now is the time for us to take up this fundamental test and lift the cloud of nuclear annihilation once and for all.”

But in a letter to conference participants, Mr Putin wrote: “There can be no winners in a nuclear war and it should never be started, and we stand for equal and indivisible security for all members of the global community”.