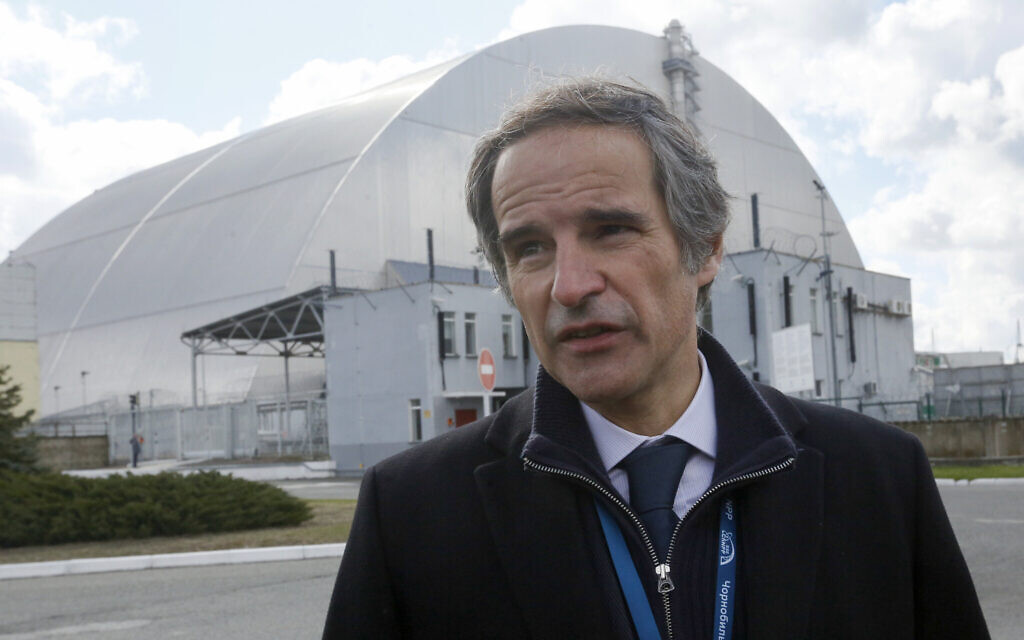 VIENNA, Austria – The UN’s nuclear watchdog convened a meeting of its governing body on Sunday to discuss the fallout from Russia’s invasion of Ukraine, days after troops from Moscow seized control of the site of Chernobyl.

The International Atomic Energy Agency (IAEA) said in a statement that the meeting of its board of governors would be held at 11 a.m. Wednesday at its headquarters in Vienna.

Ukraine has four active nuclear power plants, as well as nuclear waste repositories like Chernobyl, and there are fears of the possible consequences if they were damaged in the fighting.

Chernobyl was the site of the worst nuclear accident in history in 1986, and on Thursday the site fell to Russian troops.

Ukrainian authorities said radiation levels had increased there following the Russian takeover, but the IAEA said levels remained low and “presented no danger to the public”.

Also on Sunday, the IAEA said it had been informed by Ukraine that “missiles hit the site of a radioactive waste storage facility in Kyiv overnight, but there were no reports of damage to the building or any indication of a radioactive release”.

Ukrainian troops recover unexploded shells after a fight with a Russian raiding party in the Ukrainian capital of Kiev on February 26, 2022. (Sergei Supinsky/AFP)

The incident came a day after Ukrainian officials said an electrical transformer at a similar disposal facility near the northeastern city of Kharkiv had been damaged, but again no radioactive release had not been reported.

“Once again, I strongly and urgently call on all parties to refrain from any military or other action that could threaten the safety and security of these facilities,” he added.

Russian President Vladimir Putin said on Sunday he was putting Russia’s nuclear forces on high alert because Western countries were taking “unfriendly” action against his country in the wake of the invasion.

Wednesday’s IAEA meeting will take place days before a scheduled meeting of the board of governors and coincides with a crucial phase in efforts to fully restore the 2015 agreement on Iran’s nuclear program.

Diplomats from Britain, China, France, Germany, Iran and Russia took part in talks on reviving the deal in Vienna, with their success or failure widely expected from negotiations in the next days.

The United States participated indirectly in the talks.

If so, we have a request.

Every day, our journalists aim to keep you up to date with the most important developments that deserve your attention. Millions of people rely on ToI for fast, fair and free coverage of Israel and the Jewish world.

We care about Israel – and we know you do too. So today we have a question: show your appreciation for our work by join the Times of Israel communityan exclusive group for readers like you who appreciate and financially support our work.

You are a dedicated reader

That’s why we started The Times of Israel ten years ago – to provide discerning readers like you with must-read coverage of Israel and the Jewish world.

So now we have a request. Unlike other media, we don’t have a paywall in place. But since the journalism we do is expensive, we invite readers to whom The Times of Israel has become important to help support our work by joining The Times of Israel community.

For just $6 a month, you can help support our quality journalism while benefiting from The Times of Israel WITHOUT ADVERTISINGas well as access Exclusive content only available to members of the Times of Israel community.

Thank you,
David Horovitz, founding editor of The Times of Israel