Nuclear energy is arguably one of the most controversial topics, however, given the global energy crisis, there has been a shift in sentiment towards nuclear energy, particularly as countries seek to diversify away from Russian energy dependence.

But if you ask the average Aussie or Kiwi about their views on nuclear, the initial reaction is often one of fear and uncertainty. But if it’s so bad, why are people like Warren Buffet investing so much in next-generation nuclear technology?

Uranium is a relatively common material, which is enriched, made into fuel rods which are then used in nuclear power plants. 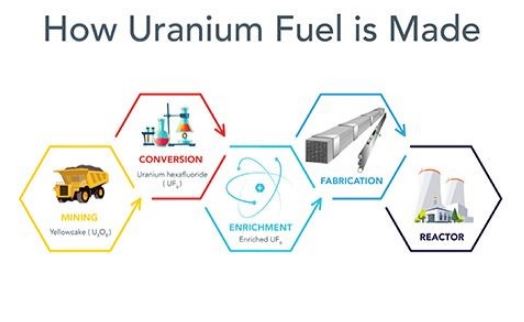 In terms of energy production, nuclear represents 10% of the world’s electricity and the United States is by far the largest producer. However, France is the most dependent, since ~70% of its electricity is produced by nuclear energy.

Now, where this all gets very interesting is the supply and demand dynamics that we see playing out in the uranium sector. Basically, nuclear reactors consume 180 million pounds of yellow cake per year, but only ~130 million/pound per year is extracted.

So how does it work?

Well, the industry has been in a state of oversupply for years for a myriad of reasons, but the main driver was really Fukushima. In an instant, 13% of global demand plummeted overnight and as a result, the market went from slightly oversupplied to very oversupplied. Many mines have been put on maintenance and after many years of a very unbalanced market we are slowly heading into a net supply shortfall.

This, below, shows supply (bars) versus expected demand (line chart). 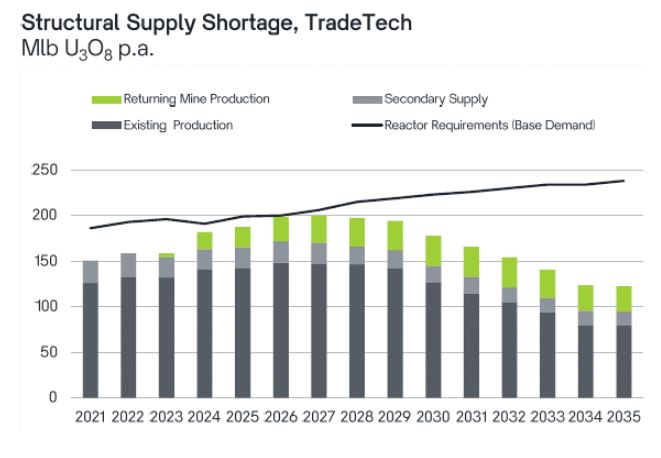 The spot uranium price is barely recovering (U308 USD/lb). 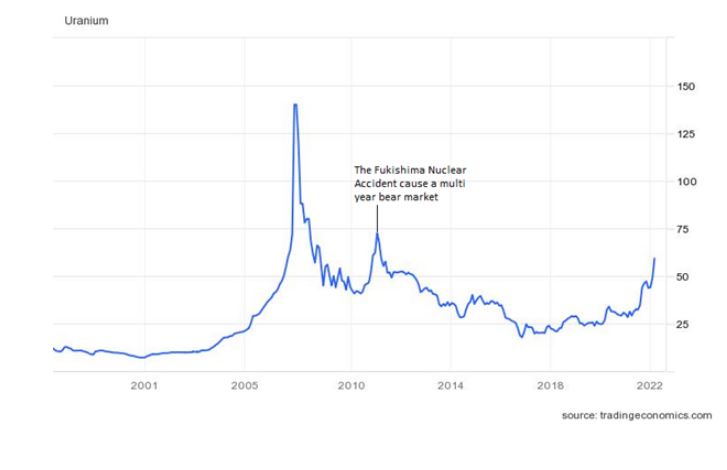 So what are the main advantages of nuclear energy?

It has one of the lowest carbon footprints of any power generation. 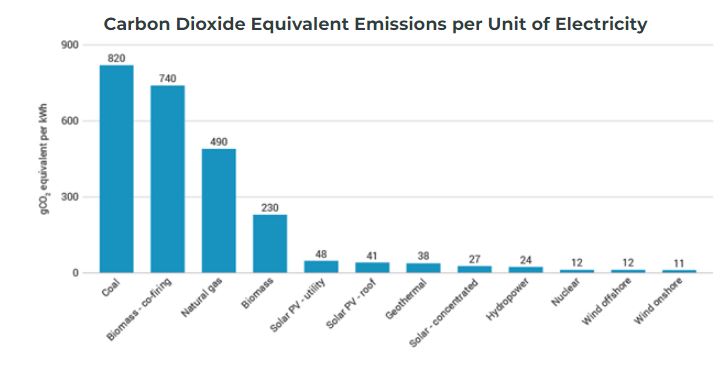 From a generation standpoint, it’s incredibly efficient and reliable. 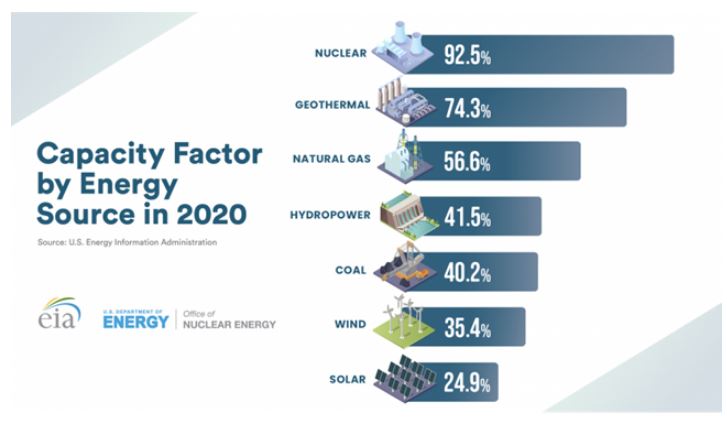 They can also last for decades once built, with some factories in the US having had their lifespan extended to 80 years!

What are the main negative points?

The risk of a nuclear meltdown.

The risk of weaponization of nuclear waste. 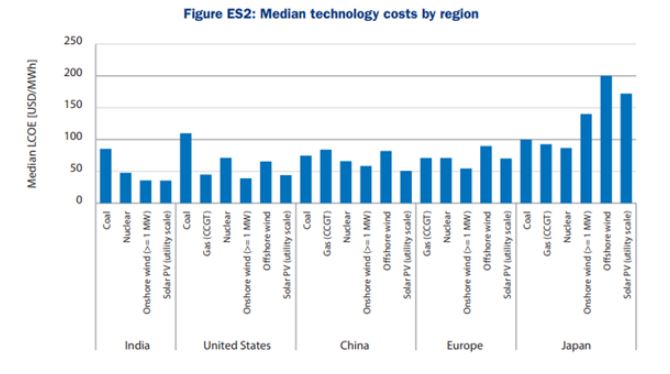 There are many fascinating recent developments in nuclear, from Bill Gates and Warren Buffet spending billions on a nuclear reactor in Wyoming, to an exchange-traded fund called Sprott sucking uranium from the spot market, to the European Union considering including nuclear in its taxonomy – essentially labeling it as green energy.

Whatever its position on nuclear power; 2021 delivered a new record for the amount of coal burned globally, underscoring the desperate need for new energy solutions. Therefore, alternative energy sources will continue to gain momentum globally.

*Roland Houghton is an investment analyst at Milford Asset Management. This article first appeared here and is used with permission.