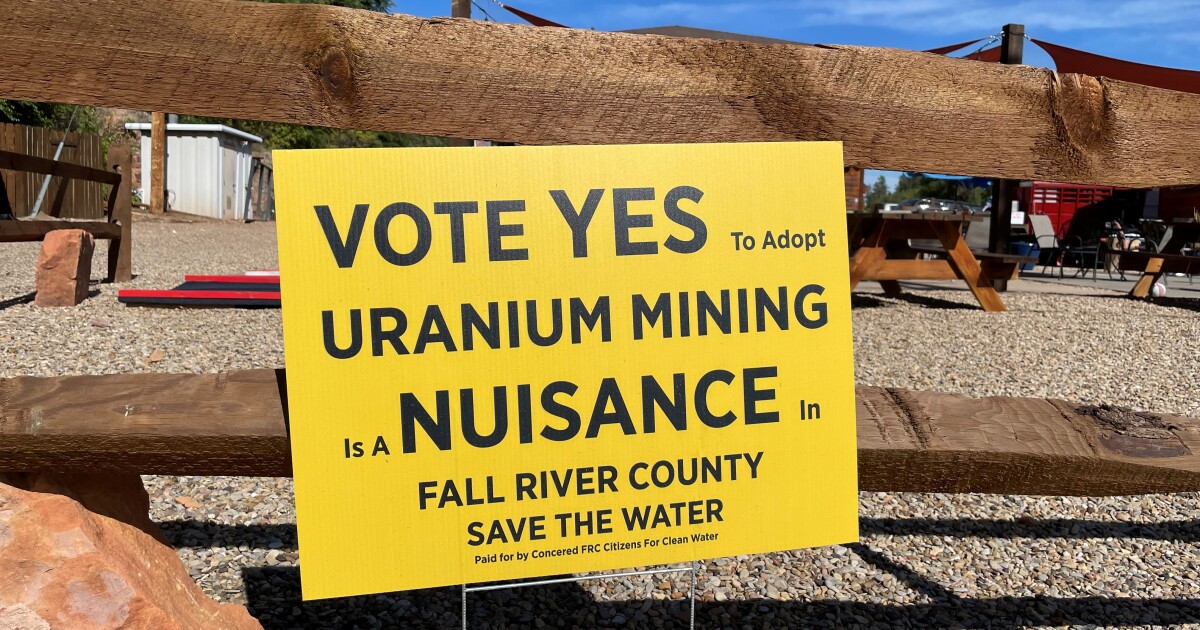 Backers say that means the practice is now banned in the county. The manager of a proposed uranium mine disagrees.

Uranium mining and processing took place in the county from the 1950s through the 1970s.

Sarah Peterson is an organizer for the ballot issue. She says a public information campaign over the past decade has changed public opinion about uranium mining.

“We’ve had enough already and it’s polluted Pass Creek and Beaver Creek that go through the original mine, the historic strip mine and out into the Cheyenne [River] and straight into Angostura[Reservoir}”Petersonsaid“Ithinkthat’swhat’sreallymadeabigdifferencePeoplearetalkingaboutit[Reservoir}»adéclaréPeterson«Jepensequec’estcequiavraimentfaitunegrandedifférenceLesgensenparlentBeaucoupdegensnesavaientmêmepasqu’ilyavaitdesminesd’uraniumdanscecomtéauparavant[Reservoir}”Petersonsaid“Ithinkthat’swhat’sreallymadeabigdifferencePeoplearetalkingaboutitAlotofpeopledidn’tevenknowtherewasuraniummininginthiscountybefore”

It is unclear whether the designation will prevent uranium mining from proceeding.

The vote is the latest bump in a difficult road to get permission to mine uranium in the southwest Black Hills.

Mark Hollenbeck is the project manager for enCore Energy’s Dewey Burdoch site. He has worked for more than a decade to obtain permits to extract uranium from the region.

He says the statement is patently illegal.

“The state clearly states that if they allow something, it cannot be considered a nuisance,” Hollenbeck said. “As soon as anyone wants to challenge it, it will be taken off the books, I believe.”

Hollenbeck declined to say whether the company would sue the county.