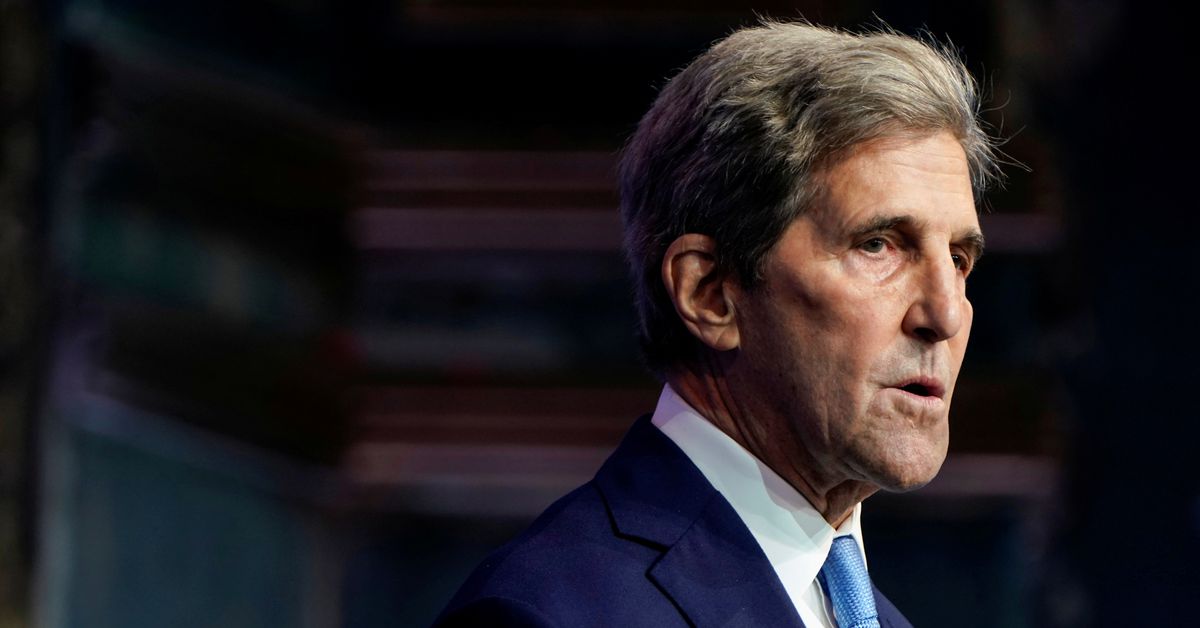 US climate envoy Kerry says China, India and Russia must do more to tackle global warming

Promises from governments to cut carbon dioxide and methane emissions are currently insufficient to limit global warming to an international target of 1.5 Â° C above pre-industrial levels this century, he said.

“And that means you have China, India, Russia, Brazil, Mexico, Indonesia, South Africa, a bunch of countries that are going to have to step up,” Kerry said in an interview with the Reuters Next conference.

“And we have to help them. It’s not just about shifting the blame onto them.”

Kerry said Washington is engaging with some of these developing countries to help them accelerate a transition to cleaner forms of energy and reduce emissions.

He highlighted US support for India’s clean energy initiatives, as well as a joint deal the US reached with China, the world’s largest emitter of greenhouse gases, last month. in which Beijing pledged to accelerate emissions reduction.

Developing countries have resisted calls for the rapid phase-out of fossil fuels like coal, arguing that they are still necessary for economic growth.

These governments say they don’t have the financial backing to switch to cleaner energy. And they point out that the wealthy nations responsible for the bulk of historic emissions have been able to rely on these high-carbon fuels for more than a century.

He said companies that are the first to market with technological breakthroughs should be able to benefit financially from patents.

Intellectual property has been a controversial issue for developing countries concerned with reducing the costs of transitioning to fossil fuels.

Global governments agreed last month at a climate conference in Glasgow, Scotland, to review their national emission reduction commitments by 2022 to ensure the world can meet the 1.5 Â° C target. set by the Paris Agreement in 2015.

Kerry said he was concerned about whether countries and private entities would rise to the challenge.

To watch the Reuters Next conference, please register here https://reutersevents.com/events/next/