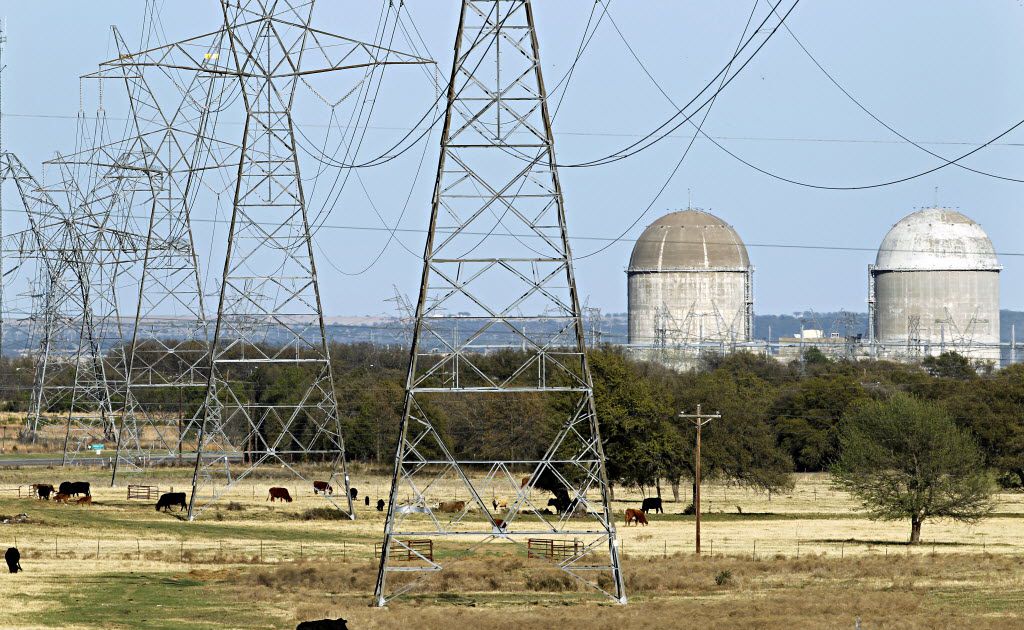 WASHINGTON – Debate over plans for a new facility in West Texas that would store spent nuclear fuel from across the country was reignited after Governor Greg Abbott included efforts to limit high-level radioactive waste in the State on its agenda for the extraordinary session.

Representative Brooks Landgraf, R-Odessa, represents Andrews County, where a company called Interim Storage Solutions has requested the construction of a storage facility for used nuclear fuel, which is considered high level waste, until that the federal government could establish an ultimate long-term site – although it is not clear when that would be, and it could take years.

With busy interstate highways and railroads crossing the Dallas-Fort Worth area, including the Interstate 20 corridor, environmental groups have warned for years that high-level waste could move through D-FW towards County of Andrews if the installation is approved. .

Abbott included the issue on his agenda for the Second Special Session of the Legislative Assembly, and Landgraf introduced a bill that would ban the transport, storage and disposal of high-level radioactive waste in the state. .

The bill has one important exception: nuclear and research reactors already in Texas could continue to store their spent fuel on-site, as they did. The bill would not allow the transport of high level waste to the proposed Andrews County facility.

In Texas, there are two commercial nuclear reactors: the Comanche Peak nuclear power plant in Glen Rose, southwest of Fort Worth, and the South Texas project in Bay City, southwest of Houston. Texas A&M University at College Station and UT-Austin both have research reactors on their campuses.

Interim Storage is a joint venture between Waste Control Specialists, which has been disposing of low-level radioactive waste in Andrews County for years, and Orano USA, a subsidiary of one of the world’s largest nuclear energy companies.

“My job is to represent the people of Andrews County. Full stop, ”Landgraf said in a press release Thursday. “It’s clear: Andrews supports the existing low-level facility, but opposes its expansion to store much more radioactive high-level waste. “

Landgraf introduced a similar bill during the regular session, but it was blocked after other members opposed the abolition of state fees that would have given waste control specialists.

State lawmakers, both Republicans and Democrats, have already made it clear that they oppose the proposed installation. The two Abbott and state democrats wrote to the Nuclear Regulatory Commission, the government agency responsible for approving Interim Storage Solutions’ request, to say that it does not support it.

In July, 63 members of the Texas Democratic House and Senate signed a letter to the chairman of the committee noting that “resolutions opposing the consolidated interim storage and transportation of nuclear waste have been passed by five counties and three cities. of Texas, as well as by the Midland Chamber of Commerce. Collectively, this represents the voices of 5.4 million Texans.

Dale Klein, former chairman of the Nuclear Regulatory Commission and associate vice chancellor for research at the UT system, said he did not think Landgraf’s bill would affect the agency’s assessment of the demand for ‘Interim Storage Solutions.

The commission should assess the application on technical merit for safety and security, he said.

Klein argues that, from a federal perspective, it would be advantageous to have a central interim storage facility to house used nuclear fuel.

“As a nation, it would make sense to have a central storage facility, especially for sites where reactors are already shut down, and the only thing left is their storage of spent fuel,” he said. -he declares. “Certainly, wherever it is done, it will have to be regulated by the United States Nuclear Regulatory Commission, so it will be done in a safe and secure manner. “

Klein said the facility, if approved, will create new jobs and a new industry in the area. And on safety concerns, he said the risks associated with transporting and storing spent nuclear fuel are low.

“There have been no issues in the storage of this material to date,” Klein said. “There is no reason to believe that the storage in West Texas would be any different from that of the 35 existing sites, including two in Texas.

But lawmakers and environmental groups are sounding the alarm.

In his letter to the committee last year, Abbott said the proposed facility “jeopardizes America’s energy security as it would be a prime target for attacks by terrorists, saboteurs and other enemies.” .

Karen Hadden, executive director of the Austin-based Sustainable Energy and Economic Development Coalition, an alliance of organizations and businesses that opposes Interim Storage Solutions’ plans, said it was clear Texans were not did not want the installation.

“We don’t want it; it should be clear as of the day that Texas doesn’t want this waste, ”Hadden said. “They would transport it across the country with enormous risk… and put it in one place, here.” And now what? We were stuck. “

Hadden said the organization was concerned about the potential of spent fuel, which can remain dangerously radioactive for hundreds of thousands of years, spills and leaks in accidents during transport. He also fears that during storage, the waste could contaminate the Ogallala aquifer, which extends in this region from West Texas.

“Texas could get stuck with this cracking, freezing and leaking stuff in the desert next to the Ogallala Aquifer, our nation’s largest freshwater aquifer,” she said. “It really is a horrible plan in an area which has increasing earthquakes. “

In July, the Nuclear Regulatory Commission issued a environmental impact report for the proposed installation, asserting that “there would be no long-term impact on land resources from the implementation of the proposal [Consolidated Interim Storage Facility] project.”

The commission’s final decision on Interim Storage Solutions’ application could come anytime after September 13, when the agency the final exam period ends.

“The management of used nuclear fuel is truly unique in that this approach has been proven for decades to ensure the safety of the public, workers and the environment,” said Jeff Isakson, CEO of Interim Storage Partners , in a press release to The morning news from Dallas. “For the proposed interim storage facility, we spent almost a decade and millions of dollars to ensure we fully meet all safety standards.”

In the legislature, it is not clear whether Landgraf’s new bill will reach the governor’s office. Texas House only recently reached quorum after a standoff of several months, and there are 16 other items on the agenda on the appeal of the second extraordinary session.

“There are a lot of legislative items on the menu, and the friction between the parties is so strong,” said Brandon Rottinghaus, professor of political science at the University of Houston. “Getting things done, even when there is consensus on what to do, can be a challenge. “

On Monday, the Texas House Committee on Environmental Regulation met to discuss Landgraf’s bill. Many witnesses who testified at the hearing opposed the legislation, arguing that it does not have enough teeth to prevent the transport of high-level waste into the state.

“We would like to be in favor of this bill, but what is needed is a really clear ban,” said Tom “Smitty” Smith, a representative of the public interest organization Public. Citizen.

Smith and some other opponents want the bill to cover a wider range of waste, but committee members voted 6 to 1 to favorably bring the bill out of committee without any further amendments, meaning that ‘ it could be submitted to the plenary chamber later this week.