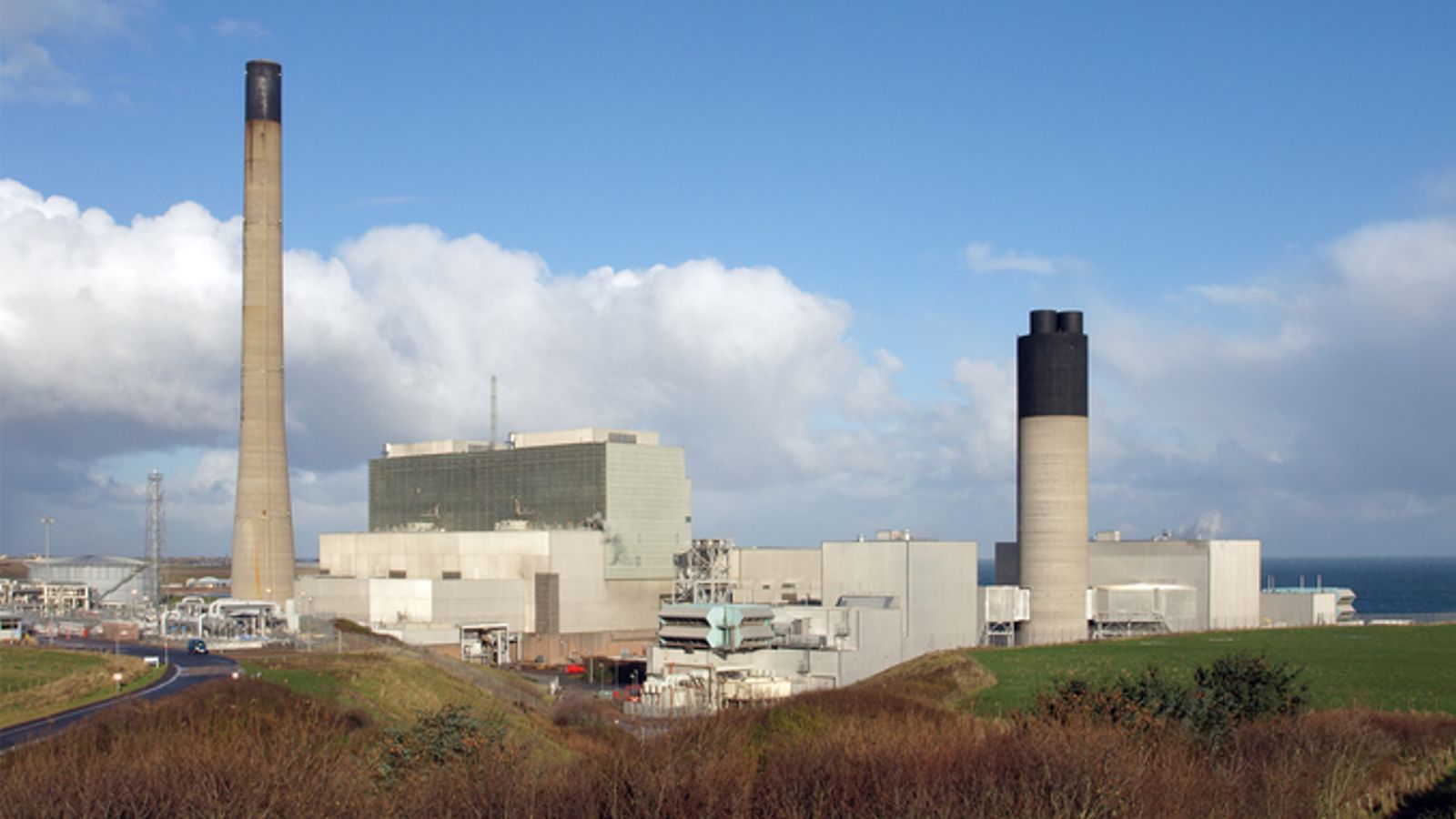 The skyrocketing price of gas is painful for domestic consumers and businesses.

The wholesale price last week was 500% higher than it was at the start of the year.

It’s a world price of course, so all countries are affected. But when it comes to generating electricity, some are better insulated against impact.

Let’s start by looking at the UK.

Data from the National Grid shows that at lunchtime on Monday, 51% of electricity was produced using gas.

Wind, solar and hydropower accounted for 25%, nuclear a little less than 12% and coal a little more than 1%.

We are burning a lot more gas now than last October, when it was used to generate 38% of the electricity.

We had to turn to gas because the amount generated by nuclear has almost halved since the same period last year – several reactors are currently offline due to unscheduled maintenance.

So how does the UK stack up against Germany and France?

Well, France is heavily dependent on nuclear power, which generated 71% of its electricity on Monday at lunchtime.

Gas was only 10%, so the direct impact of the price hike on consumers is much smaller.

Germany shut down much of its nuclear capacity after the Fukushima accident, but replaced it with coal. The dirtiest of all fossil fuels was used to generate 32% of its electricity at lunchtime.

Such intensive use of coal has enormous climatic costs.

Coal produces the equivalent of about 800 g of carbon dioxide per kilowatt of energy, according to a report from the UK parliament.

It is twice as much as gas.

Dr Simon Cran-McGreehin, chief of analysis at the Energy and Climate Intelligence Unit, said it would be wrong for the UK to follow Germany’s lead and fire power plants charcoal.

“Coal just doesn’t fit into the carbon budgets we have, or the international commitments we make,” he told Sky News.

â€œAnd economically it’s cheaper than gas per minute, but the lesson of the gas crisis is that fossil fuel prices are very volatile – so coal could get very expensive another time.

“Rather than trying to choose the least worst fossil fuel and hope it stays cheap, you should try to move away from fossil fuels for local renewables.”

The UK is rapidly increasing the amount it generates from wind. But the wind speed in recent months has been well below average, which has compounded the energy shortage.

As the UK cuts gas consumption as part of the global transition to net zero, it will need to find other reliable sources of low-carbon energy.

A new generation of nuclear reactors looks very likely to provide the base load, so it will take a diverse mix of renewable energies, generated at home and abroad, to keep the lights on without polluting the planet.