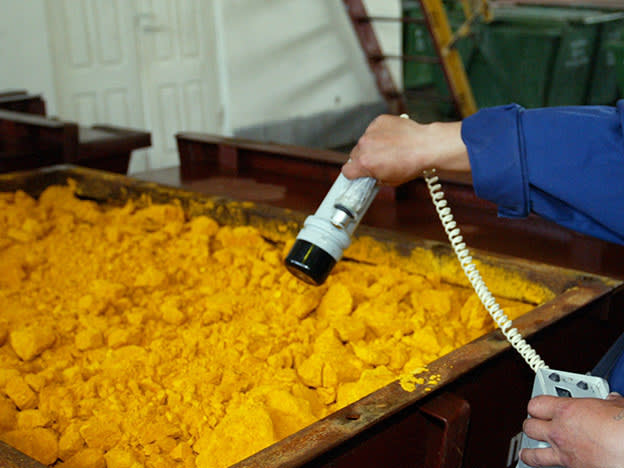 Imitation is the most sincere of flattery. The second half of this Oscar Wilde quote (“… that mediocrity can pay for greatness”) is not so useful in Yellow cake (YCA), given the outperformance of the uranium vehicle listed in Toronto, the Sprott Physical Uranium Trust (Can: U.UN), which launched this year.

Yellow Cake, which holds 13.9 million pounds (lbs) of physical uranium – which is expected to climb to 18.8 million pounds soon – is doing well, but was recently overtaken in size and value by the trust Sprott, which has a market cap of CA $ 1.9 billion (Â£ 1.2 billion) and owns 40 million pounds of uranium.

But far from eating the Yellow Cake lunch, that’s a bright spot for the uranium market and the spot price of an illiquid commodity. At the end of November, the Sprott Trust announced that it would issue up to $ 3.5 billion (Â£ 2.65 billion) in new shares over the next two years. Withdrawing that amount of uranium from the market (global annual demand is around 180 million pounds) could seriously drive up prices. BMO Capital Markets analyst Colin Hamilton said the “resizing” of the Sprott trust “would accelerate the reduction of excess inventory currently in the uranium market.”

Uranium has already fallen from around $ 30 a pound at the end of last year to $ 45 a pound this week. Yellow Cake chief executive Andre Liebenberg said “considerable” supply constraints remained in the uranium market, which is dominated by Kazakhstani state actor Kazatomprom and the Cameco (Can: CCO).

Over the past 12 months, Yellow Cake has certainly shifted to a more aggressive strategy, moving from selling uranium to fund buybacks to raising over Â£ 270million since March to buy uranium. We are bullish too. To buy.